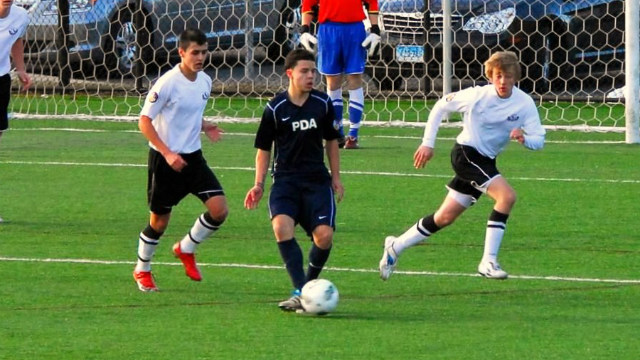 Last week, U.S. Soccer updated the website for the Development Academy and included postseason rankings for every team. With only a couple of months left in the regular season, the playoffs have already emerged as the driving force of the action across many of the conferences.

Some of the highlighted fixtures from this upcoming weekend focus on playoff position and keeping a postseason dream alive for some teams. Check out which clubs are vying for an extended season below. 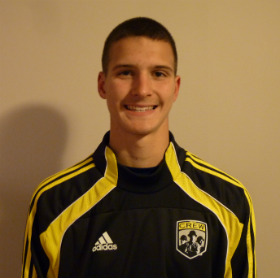 Players Development Academy holds down the top overall spot in the U18 age group with a 14-1-2 record on the season. On Saturday, PDA travels to Pennsylvania to take on FC Delco in a nighttime clash. FC Delco is in the 12th wild card spot (only 13 teams make it from the wild card pool), so it is crucial for Delco to pick up three points at home. Forward George Tsirukis has been the main weapon for Delco with nine goals in 17 games this season.

Chasing PDA U18 for the top seed in the playoffs is New York Red Bulls, which take on Met Oval Juventus on Sunday. Ismar Tandir and Alex Muyl have been on fire for the MLS Academy’s older side with 22 goals between them this season. NYRB U18 is undefeated this season with a 13-0-4 record.

Red Bulls hold onto the top playoff seed in the U16 age group with a 14-1-2 record. Leading scorer Derrick Etienne is off with Haiti in the CONCACAF U17 Championship in Panama. The MLS Academy is fairly deep so replacing him should not be a major concern for the side as it faces Met Oval Juventus on Sunday.

Crew Soccer Academy Wolves are close on the heels of Red Bulls in the U16 age group with only fractions of a point separating the teams for the top spot in the playoff standings. CSA Wolves could take over the top spot with a six-point weekend, as the club hits the road for games against FC Milwaukee and Sockers FC this weekend. The Wolves backline has been a major part of the success of the team this season with only 10 goals conceded in 18 games. Michigan State commit Jimmy Fiscus has been the leader of the group at center back.

After dropping a 0-4 result to Shattuck-Saint Mary’s Soccer Academy last week, Indiana Fire Academy U18 needs to pick up some points this weekend to hold onto the top spot in the Mid-America Division. Indiana Fire is on the road with games against St. Louis Scott Gallagher Missouri and St. Louis Scott Gallagher Metro. Missouri is fighting to keep postseason hopes alive with every passing week, so that contest should be a fierce competition.

Shattuck-Saint Mary’s Soccer Academy is also on the road this weekend with a trip to Chicago for fixtures against Magic PSG and Chicago Fire. SSM is undefeated in both age groups since the start of the New Year, but the U16 team needs to pick up wins this weekend to keep the faint hope of a playoff berth alive.

As the teams in the South West head to the final stretch of the season, the Reals look to be on their way to a photo finish. Real So Cal and Real Salt Lake-Arizona are level on points in the U18 age group. The clubs meet in two weeks in the desert, but both are in action this weekend as well.

Real So Cal hosts Pateadores at Pierce College on Saturday in a Southern California showdown. Pats are currently in a wild card spot for the post season, and need to pick up points to keep hold of it. Roberto Escudero and UCLA commit Kevin De La Torre have been the danger men for Pateadores with 22 goals between the two of them.

In the U16 age group, Chivas USA is hoping for a slip up by Real So Cal so the MLS Academy can take over the top spot in the division. Chivas USA travels to Irvine for a game against Strikers FC on Saturday. Chivas’ leading scorer for the younger side, Caleb Calvert (a UC Santa Barbara commit), played up an age group last weekend so Mike Munoz and his coaching staff will be looking for others to fill the striker’s role.