“It is definitely a rivalry.”

The two clubs with the nearly identical names have much in common including sharing the same city, albeit on different sides of the river, but that does not take anything away from how competitive the two clubs are toward each other. 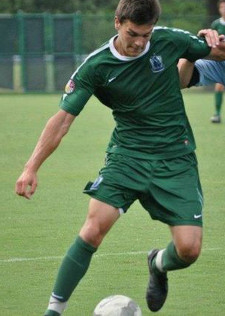 “We are all under the same umbrella,” Leonard said. “But when the whistle blows . . .”

Saturday marks the first meeting this season for the clubs with St. Louis Scott Gallagher Metro hosting at Metro United Soccer Complex. Kickoff is set for 12:00 p.m. (CT) for U18 and 2:30 p.m. (CT) for the U16 game.

Missouri has the better record in both age groups, but there is little to take away from that in this stage of the season. Metro is looking for some revenge after going 1-2-1 in the four games last season.

Both clubs have talented players who have made some mark on the national stage. Wisconsin recruit Nick Jones leads SLSG Missouri in scoring with three goals in three games this season. Metro midfielder Tyler Swanner led the U16 in goals last year with eight.

Leonard said the rivalry does not extend to the coaches, but for the players, with no high school soccer this season due to Development Academy rules, the two times the clubs meet are for city bragging rights.

Real Salt Lake Arizona, the top team in both age groups in the Southwest Conference, hosts Portland Timbers this weekend. Virginia recruit Riggs Lennon continues to enjoy a strong start to his Academy career with four goals in his first five games for RSL-AZ U18.

LA Galaxy plays Strikers FC on Saturday in a key SoCal showdown. Galaxy is right on RSL-AZ’s heels in the U18 age group. The star-studded Galaxy squad is fresh off a 3-1 victory over Chivas USA where U.S. U18 Men’s National Team forward Paul Arriola made his Academy debut with LA.

In Northern California, San Jose Earthquakes take on Santa Cruz Breakers on Saturday. Earthquakes U18 hold the top spot in the Northwest Division with Jesus Garcia leading the way offensively. Garcia has three goals in three games this year.

CASL Chelsea FC Academy and NC Fusion renew the North Carolina rivalry on Sunday when the two clubs meet for the first time this season. CASL holds top marks in the Southeast Division U18 age group after a 3-0-0 start to the season.

Also in an important Southeast Division matchup, South Carolina United Battery travels down to Florida for a game against Orlando City on Sunday. The Battery is 4-0-0 on the season in the season in the U16 age group. Rex Epps and Michele Bottari have done most of the damage in the attack with nine goals between the two of them. Orlando City is also undefeated at 2-0-0 in the U16 age group.

Up the coast, New England Revolution hosts New York Red Bulls on Sunday in an MLS Academy fixture. Red Bulls are top dogs in both age groups for the Northeast Division while Revolution is only playing its second game of the season this weekend.

In the Atlantic Division, McLean Youth Soccer hosts PA Classics on Sunday. Both clubs are at the top of the standings in the U18 age group, which should set up for a very competitive game.

Andromeda makes the long trek to Colorado for a game against the Rapids on Saturday. Rapids U16 squad is currently third in the Frontier Division standings with a 4-1-0 record. The scoring duo of Gustabo Montes and Hayden Heinrich lead the MLS Academy with six goals between the two.

In Chicago, the Windy City rivalry continues to heat up with Sockers FC playing host to Chicago Magic PSG on Friday night. Magic is the top team in the Mid-America Division with a 6-1-0 record. ODP standout Matheau Rogers leads the team in scoring with four goals in seven games.