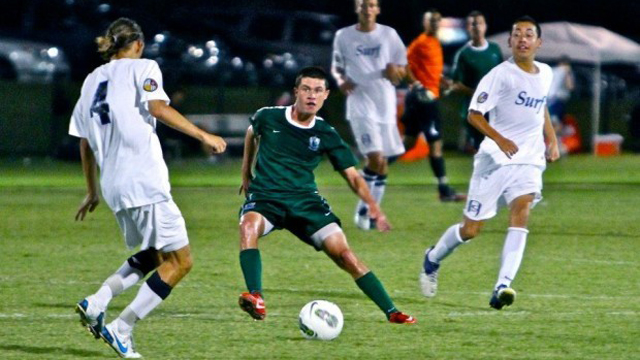 As the top rung of the Development Academy's age ladder, the U18 division delivered on its promise of attractive soccer during the academy playoffs in Frisco last month. 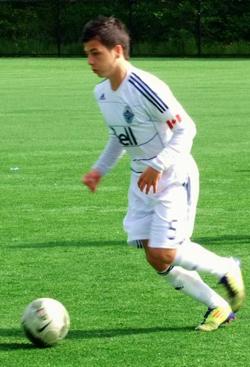 To get through to Finals Week, some teams - De Anza Force, for instance - threw its weight onto the back lines and gritted out results. Others, notably the Vancouver Whitecaps, opened the doors and flew forward with potent attacking displays.

Now, after five days in Frisco, 32 U18 teams have been whittled to eight for Finals Week in Houston. The eight teams are split into two four-team groups: the Whitecaps, Seattle Sounders, Albertson SC and New York Red Bulls are in Group 1, while Shattuck St. Mary's, New England Revolution, De Anza Force and St. Louis Scott Gallagher Missouri make up Group 2.

Group play kicks off Sunday, July 14, and the final takes place Friday, July 20 at the Houston Dynamo's BBVA Compass Stadium. Group games will take place at Houston Amateur Sports Park and will go this Sunday, Tuesday and Thursday. FC Dallas won the title last year but didn't make it through its group in Frisco to defend its title.

Only one U18 academy team got through the Development Academy Playoffs in Frisco with a perfect record; the Whitecaps. And they did it in style by bagging 11 goals, more than any team, U16 or U18, that qualified for Finals Week.

"It's something we've been doing all year," Whitecaps midfielder Marco Bustos said. "We've been one of the top goal-scoring teams throughout the whole league. I think when we're on our game, we just keep scoring and scoring, and it's one of the best traits we have, attacking."

De Anza Force were on the other end of that spectrum. The Bay Area outfit went 2-0-1 in Frisco, and while it scored just three goals, they recorded shutouts in all three games.

Though the other six teams fall somewhere in the middle, perhaps no team at Finals Week had a harder road to travel than the Revolution. Stuck in a killer group in Frisco with the LA Galaxy, Dallas Texans and San Jose Earthquakes, the Revs gritted out five points from a win and a pair of draws. They survived a pair of draws to open the playoffs and then waxed the Galaxy 4-2 behind a hat trick from Providence commit Dominik Machado on the final day of group play.

It's the first ever appearance at Finals Week for the Revs U18 squad, and they don't plan to waste the opportunity.

"The group stage was extraordinarily difficult and a huge accomplishment for our guys," Revs U18 coach John Frederick said. "I think from everybody involved, we're all very, very much excited."

Elsewhere, Shattuck St. Mary's is the only U18 squad in Houston to have lost a game in Frisco, a 2-1 setback against Solar Chelsea on the final day of games. But on the back of two wins in their first two and a productive all-around tournament from striker Steve Eneme, Shattuck is streaking into Houston to face the Revs, De Anza Force and Scott Gallagher in a group with a distinctly non-MLS flair.

In the other group, the Whitecaps' academy-best offense will get a workout, and the matchup against the New York Red Bulls' insanely talented roster looks like an instant classic on paper.

Both teams dominated in Frisco, with the 'Caps posting a plus-eight goal differential and the Red Bulls working a plus-seven. The game has all the hallmarks of an open, free-flowing contest. It's made all the more enticing when considering NYRB brought several of its homegrown signings to Frisco, including Amando Moreno and keeper Santiago Castano. Vancouver's talented winger Yassin Essa, meanwhile, has gotten reps with the 'Caps reserve side even since last month's tournament.

Meanwhile, the Sounders rescued four points from losing positions in Frisco to get past PDA and qualify for Houston. That was thanks in large part to Stanford pledge Jordan Morris, who was unguardable in Frisco. Albertson SC, which is also sending a U16 squad to Finals Week, scored seven goals and surrendered just three to win a group that included defending champion FC Dallas.