Academy Recap: Aiming for the top 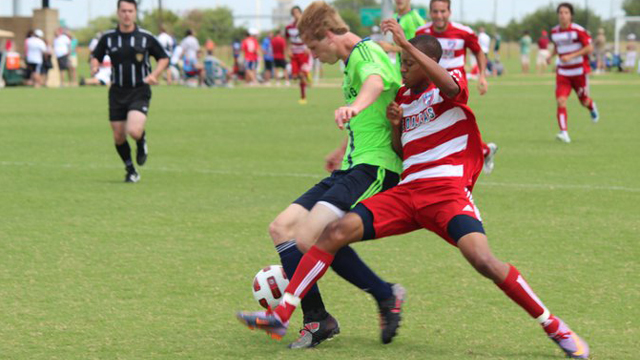 Every result counts in the U18 Frontier Division.

That includes the one goal picked up by FC Dallas over the weekend in a 1-0 victory over Andromeda. The three points that accompanied the win sees the Frisco club remain very close to the top, with Furman-bound forward Bobby Edet providing the decisive tally. 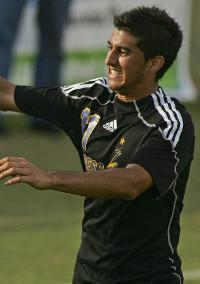 Matching pace with FCD was the Dallas Texans, squeaking past Texans SC Houston by a 2-1 result – however, the Dallas outfit has played two more games than its crosstown counterparts, giving the MLS team the advantage.

Houston Dynamo remains at the top of the division, however, after a win and a draw on a trip to the Colorado Rush and Real Colorado respectively. Recent pro signing Bryan Salazar continues to play well, scoring against the Rush.

Another tight race is shaping up out east in the U18 Atlantic Division between Players Development Academy and Baltimore Bays Chelsea. George Campbell nicked the winner for Baltimore over the weekend, a 2-1 victory against NJSA 04, while PDA defeated Potomac 2-0 – goals coming from Alec Neumann and Jonathan Azzinari.

The other two sides are tussling with D.C. United in the U16 age group for the top spot, United suffering a rare defeat – just its second of the season – a 3-2 loss against PA Classics. PDA couldn’t take advantage of Untied’s loss, dropping a 2-1 defeat to Potomac, while the Bays had no problem winning 4-0 over NJSA 04.

Speedy forward Nicholas Pappacena scored two goals late in the second half to provide a comfortable 3-0 win for Weston FC U18 over Georgia United. Georgia’s U16s tallied a 2-1 win on the weekend.

New York Red Bulls continue to roll through opponents, with the U18s winning 2-0 against FC Westchester and the U16s picking up a 4-0 victory. Wesley Wade tallied for the U18s, home from Residency temporarily.

A pair of matches against San Jose Earthquakes produced six points for De Anza Force. After the U18s nipped a 1-0 win, the U16s piled in three goals after the break to ease to a 3-0 victory.

Sunday’s matchup of two MLS Academy sides saw Real Salt Lake-Arizona U18s erased a 2-0 halftime deficit to pick up a point against Sounders Academy. Jordan Morris and Henry Wingo struck for the home side, but Amer Sasivarevic and Tigran Tiraturyan secured a point with second half strikes. Seattle’s U16s jumped out to an identical lead, but held on for the full three points.

In all, it was a good weekend for the Sounders, as both teams emerged victorious on Saturday, as the U18s won 6-1 and the U16s won 2-1 against the visiting San Jose Soccer Club.

Yassin Essa continued to power the Whitecap U18s attack in the absence of top scorer Brody Huitema, scoring both goals in a 2-0 win over the Portland Timbers. Portland’s 16s scored four in the second half, with Alejandro Segovia accounting for a pair of goals in a 4-0 victory.

Shattuck-Saint Mary’s Academy U18s put four past Indiana Fire Academy, winning 4-0 against their division rivals. Lucas Stauffer, Cory Sauerwine, Ricardo Lopez-Espin and Michael Bajza accounted for Shattuck’s goals on the day. The result narrows the gap at the top of the Mid-America Division.

Both U16 sides, consigned near the bottom of the division, drew 2-2.

A matchup of two academy affiliates – Crew Soccer Academy and its Michigan Wolves counterparts – saw the northern rivals come away with a win and a draw. Hunter Barone led Crew Soccer Academy Wolves to a 3-1 win, scoring two first half goals, while the U18s drew 1-1.