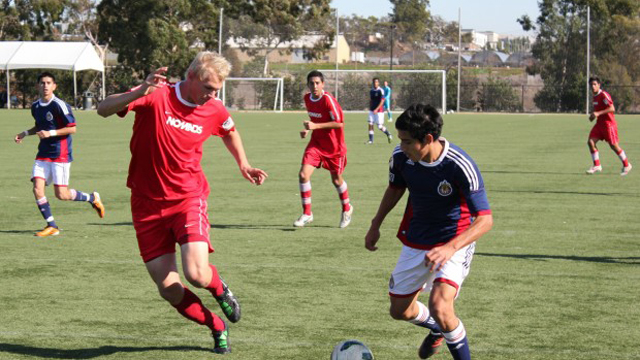 Chivas USA U16 is one of the favorites to win the USSF Development Academy National Championship. With nine youth national team players on the roster, it is not hard to see why Chivas USA is sitting in second place in the competitive Southwest Division and well on its way to a playoff spot.

On Saturday, the baby Goats made a pretty loud and clear statement about just how dynamic this team can be on its day.

Chivas cruised to a 10-0 win over Nomads, which is the most lopsided victory so far this season in the Development Academy. Previously, Vancouver Whitecaps U18 and New York Red Bulls U16 held the record with both recording 9-0 wins. 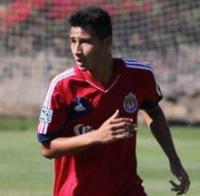 Four teams in the Development Academy U16 age group have not even managed to score 10 goals yet this season. In fact, Chivas USA’s competition Nomads SC only has 10 goals on the year.

In the U18 game, Chivas USA also cruised to a 4-0 win, which is its third victory in a row.

The Goats were not the only Academy in action this weekend, check out the recap from the other games below.

Justin Vom Steeg came up with some crucial saves and Real So Cal U16 held onto a 1-0 over Strikers FC on Saturday. Real So Cal U16 is in third place in the Southwest Division and keeping pace with the two top teams.

In the U18 game, Real So Cal cruised to a 4-1 victory, which stretched its unbeaten run to nine games.

Pateadores U18 notched a 4-0 victory over San Diego Surf on Saturday. Striker Roberto Escudero had a hat trick in the victory. UCLA-bound midfielder Kevin DeLaTorre added the other goal. The clubs battled to a 1-1 draw in the U16 game.

Out in Arizona, RSL-AZ recorded 2-1 wins in both age groups over Cal Odyssey. Jose Navarro scored his team leading 17th goal of the season in the U18 game.

Andromeda put a damper on Houston Dynamo U18’s dreams of taking over the top spot in the Frontier Division on Saturday. Andromeda pulled off an upset victory over the MLS Academy with two goals from Nicolas Lozada-Smith. Wofford-bound goalkeeper Garrett Closs recorded the shutout.

Dynamo bounced back in the U16 game with a 2-0 win. Elochukwu Ozumba scored both goals for the MLS Academy, which is currently in first place in the Frontier Division for the U16 age group.

CASL Chelsea FC Academy won both of its games on Sunday against local rival North Carolina Fusion. The U18 squad squeaked out a 2-1 victory thanks to two goals from substitute Camilo Martinez. The U16 side cruised to a 3-0 win with goals from Elijah Agu and Caleb Duvernay.

Check out all the scores from the weekend.