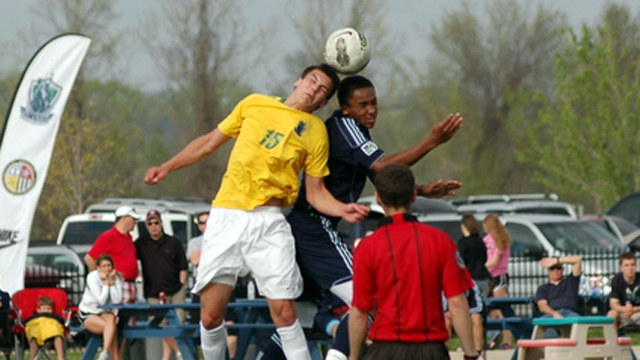 The final stretch of the Development Academy season is typically focused on postseason berths, as teams fight for a place at the table with only a few games remaining on the schedule. The first weekend of June saw an increase on the intensity as some of the final spots in the wild card race look like they will be coming down to the wire. 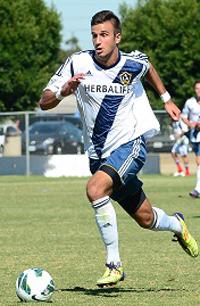 PA Classics U18 locked up a playoff spot a long time ago, but the top seed from the wild card bracket continues to play at a high level in the buildup to the postseason. Classics defeated Richmond Kickers 6-0 on Saturday in the final regular season game of the season for the Pennsylvania club. Brennan Goldsmith had three goals for Classics. Todd Pratzner, Drew Mahoney, and Zachary Herstek all added a goal each to the win. West Virginia bound goalkeeper Brent Arnold recorded his 12th shutout of the season.

BW Gottschee Academy U18 suffered a setback in its bid to qualify for the playoffs over the weekend with a 2-1 loss to New England Revolution. Gottschee ends the season with games against New York Red Bulls and Revolution Empire, and needs at least three points from those two games to stay in the play off hunt.

Likewise in the Southeast Conference, North Meck SC put a dent in South Carolina United Battery Academy U16’s bid for a wild card spot in the postseason over the weekend. North Meck SC used goals from Brayden Smith, David Lozano, and Tanner Roberts to capture a 3-1 on Saturday. Cole Gaston scored the lone goal for Battery. The South Carolina club concludes the season with a game against Georgia United on Saturday.

Marquette commit Andrija Novakovich scored three goals for Chicago Magic PSG U16  in a 5-0 win on Saturday over St. Louis Scott Gallagher Missouri, as the Windy City club pushed toward a top three spot in the Mid-America Conference. Magic ends the season with a game against Sockers FC on Saturday with the winner taking control of the third spot in the conference.

Vardar U16’s bid for a postseason berth came to an end on Saturday with a 2-0 loss to local rival Crew Soccer Academy Wolves, the Mid-America Division Champions. Vardar needed a win to keep in the hunt for one of the final wild card spots, but Wolves’ standout defense prevented that dream from becoming a reality.

LA Galaxy U18 smoked Real So Cal 5-0 behind two goals from Cal Poly commit Justin Dhillon. Sebastian Velasquez, Jaime Villarreal, and Lucas Da Silva also scored for Galaxy, which clinched the Southwest Division title with the win. In the U16 clash, Spencer Held, Alex Simon, and Luis Carbajal scored to lead Real So Cal to a 3-0 win. Justin Vom Steeg notched his 13th shutout of the season in net.

Strikers FC U18 ended the regular season with a 3-1 win over Pateadores over the weekend, and now are forced to wait and see if it will be enough to put the Southern California team into the post season. Strikers is just outside the final wild card spot, but a slip up from any team above them in the rankings could open the door. Paul Salcedo Borrego, Juan Sanchez, and Ivan Azpeitia scored for Strikers in the win over the weekend.

Brody Huitema notched his 26th goal of the season on Saturday, as the Vancouver Whitecaps U18 defeated Crossfire Premier 2-1. Mitch Piraux scored the other goal for the Caps in the win. Garret Jackson had the lone tally for Crossfire.

Despite the absence of leading scorer Jordan Morris (currently with the U.S. U20 Men’s National Team), Seattle Sounders U18 cruised to a 3-0 win over Portland Timbers on Saturday. Jordan Kollars, Tolossa Hassan, and Henry Wingo scored for the Sounders, which will be sending both of its teams to the playoffs in Dallas.