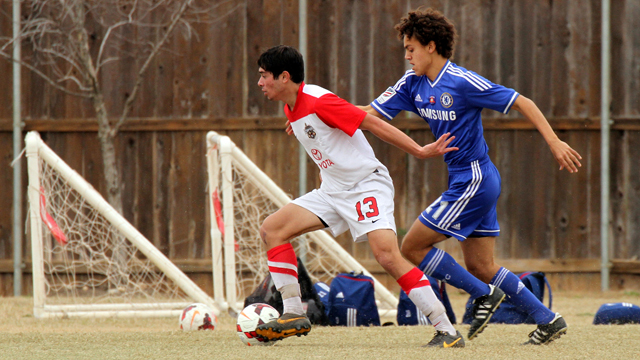 There was not much on the schedule for the weekend in the Development Academy. With winter weather still having a laugh in certain parts of the country, only a few games were on the docket. 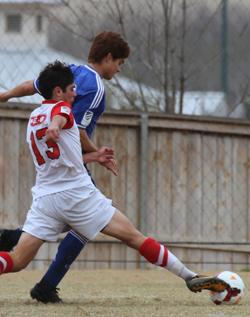 In Texas, it was the San Antonio Scorpions Youth Academy that made the most of the Valentine’s weekend fixture. Scorpions won all three games against Solar Chelsea SC on Sunday. Edward Bass led the way in the U14 age group with two goals in a 3-1 win. Coby Carr scored the other goal. Alberto Martinez had the lone tally for the visitors. In the U16 and U18 age groups, Scorpions claimed 1-0 victories over the Dallas club.

Texas Rush also had a pretty good showing over the weekend with two wins in three games against Andromeda FC on Saturday. Texas Rush U14 won the opener 5-0 thanks to goals from Daniel Cabrera, Kevin Flores, Michael Guzman, and Cameron Philips. Cabrerra scored twice in the clash. Rush followed that up with a 3-1 win in the U18 game. Erike Dos Santos, Rami Najeebe, and Denzel Ward each had a goal for Rush. Marco Carbajal scored for Andromeda. Rush nearly made it a clean sweep with a two-goal lead late in the U16 fixture, but goals from Richard Zepeda and Raleigh Simmonds allowed Andromeda to snag one point on the day. Alberto Carmona-Garcia and Fabian Adame scored for Rush.

Texans SC Houston U16 moved its conference winning streak to three games with a 1-0 victory over Lonestar on Saturday. Alex Reyes scored the lone goal while John Nicknish recorded the shutout in net. The two teams battled to a 2-2 draw in the U18 age group. Jelani Mark and Christian Young scored for Texans SC Houston. Jorge Marin and Noah Murphy were the goal scorers for Lonestar.

Orlando City split the spoils with Concorde Fire on Saturday in both the U16 and U18 age group. OCYS and Fire played to a 2-2 draw in the U16 age group. Cormac Begley and Carlos Cuevas scored for Orlando City while Jose Perez and Joshua Blank tallied for Concorde Fire. The U18 clash ended 1-1 with Danny Lane scoring the opener for Orlando City before a quick response from Allen Michael Capo put the teams back on level terms for the rest of the game.

Charlotte Soccer Academy U18 nabbed a 2-1 win over IMG Academy on Saturday thanks to a second-half game-winner from Jordan Poff. Stanford commit Tomas Hilliard-Arce opened the scoring in the ninth minute with his (numerically balanced) ninth goal of the season. Roberto Anderson came off the bench in the second half to score the tying-goal before Poff notched the winner four minutes later.

In the U16 clash, IMG snagged all three points with a late game-winner from Matthew Orr. Jaime Camino opened the scoring for IMG midway through the first half. Charlotte answered with goals from Patrick Hogan and George Espina in quick succession. CSA had the 2-1 lead at half. Karan Padmakumar put the teams back on level terms in the second half and then Orr scored the game-winner late in the contest.

Charlotte U18 completed the six-point weekend with a 3-1 win over Chargers Soccer Club on Sunday. Hilliard-Arce scored twice and Nathan Marder added the insurance goal in the win. Chargers U16 captured all three points in the second game of the day with a 4-0 result. Julian Hall scored a hat trick in 13 minutes in the second half in the win.

Slightly outside the scope of the Development Academy, MLS academies had a competition of their own over the weekend with the second stage of the regional qualifiers for the Generation adidas Cup taking place. San Jose Earthquakes captured the title in the U17 age group in the West Region and will compete in the national event in April. Real Salt Lake lifted the crown in the Central Region thanks to U.S. U18 Men's National Team forward Sebastian Saucedo dominating the competition.