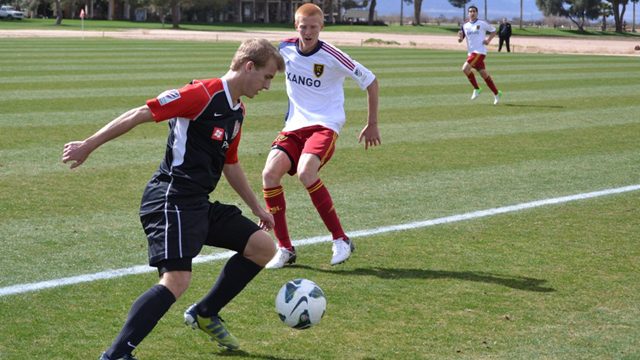 It looks like it’s going to be quite the battle for the U18 Frontier Division title – and it could come down to a pair of MLS rivals.

Houston Dynamo and FC Dallas are both neck-and-neck, sitting in first and second place respectively via total points, with the Dynamo holding a four point edge with two more games played.

Both teams picked up wins over the weekend, as five different FC Dallas players found the back of the net in a 5-0 win over Classics Elite, while Irvin Ramirez and Jose Rodriguez each tallied in the second half in a 2-0 win over the Dallas Texans.

It was similar joy for each club’s U16 teams, as the Dynamo won 3-1 to draw level on points with Solar Chelsea, while FC Dallas picked up a 3-0 win against Classics Elite. 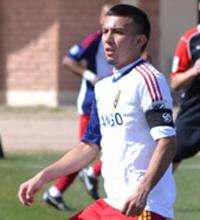 Chivas USA Academy U16 standout Adonis Amaya continues to score in bunches for his side, as he bagged the lone goal in a 1-0 win against Pateadores for the Goats. The Pateadores U18s won the other matchup of the day, squeaking out a 2-1 win.

Three goals in the game’s first 30 minutes were enough for LA Galaxy U18s against San Juan Soccer Club, as the MLS Academy held on for a 3-2 win. LA also picked up a 3-1 win in the U16 game from their travels to Northern California.

Two goals from Mark Verso helped Real So Cal U18s to a comfortable 5-0 win over Nomads SC, while the U16s also managed to secure a 2-0 victory.

Neither side could find the back of the net as San Diego Surf and Arsenal FC U18s drew 0-0. When the two U16 teams squared off, Arsenal’s Ethan Zubak broke the deadlock in the 51st minute. But the Surf came roaring back, as Luca de la Torre tied the game three minutes later before Celso Jimenez grabbed the winner for San Diego in the 75th minute.

Real Salt Lake AZ’s offense was in peak form for both teams, as the MLS Academy scored four goals in both the U16 and U18 games. Marquette-bound forward Jose Navarro scored a hat trick in a 4-2 victory over Strikers FC, while Sebastian Saucedo bagged a brace as the U16s won 4-0.

Orland City goal scoring phenom Richard Prestridge was on the score sheet once again, bagging his 15th goal of the season as the U16s defeated North Meck SC. The Carolina-based club won the matchup of the two U18 teams by a 1-0 score.

Concorde Fire U18s were unable to close the gap on Weston FC in the Southeast Division, falling 2-0 against South Carolina United Battery. James Carlin and Eli Dent each tallied for the Battery in their win. The result on the day was better for Concorde’s U16s, as they won a 5-4 shootout.

Carolina rivals CASL Chelsea and Charlotte Soccer Academy split their games. Charlotte U18s picked up a 2-0 win, while CASL U16s scored a goal in each half to pick up the full three points.