Chalk up another coup for North Carolina. Over the past week, the Tar Heels gained the commitments of a few high profile studs beginning with Colton Storm. 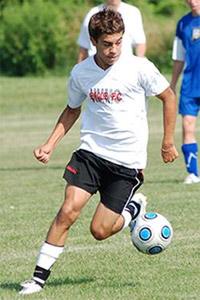 Storm is a former U.S. U17 Residency player and the No. 33 ranked player in the 2013 Top 150. The Pennsylvania standout has continued receiving his higher education in the game and still has another full year of development before reaching the college of his dreams.

“I loved everything about North Carolina: the campus, the coaches, the team – everything seemed to fit perfectly for me,” he said.

At Chapel Hill he’ll find familiar faces including Nico Melo – who is set to join North Carolina in 2012. Melo was also in residency, and made the U17 World Cup team that traveled to Mexico last summer.

Then there’s Ethan Decker who just recently was called into Tab Ramos’ U.S. U20 Men’s National Team camp this month. Guess where Decker will be heading to college? Yup, the Tar Heels got him too beginning in 2013.

Decker is earning his apprenticeship with the New York Red Bulls where he has earned time with the reserve squad.

Keaton Albert (Chicago Fire) has signed to Indiana Wesleyan for the 2012 season.

Alex Renner (Brentwood elite) has signed to UAB for the 2012 season.

Dayton Wetherby (Brandon FC) has verbally committed to Navy for the 2013 season.

Kyle Hamann (Raiders FC) has verbally committed to UIC for the 2013 season.