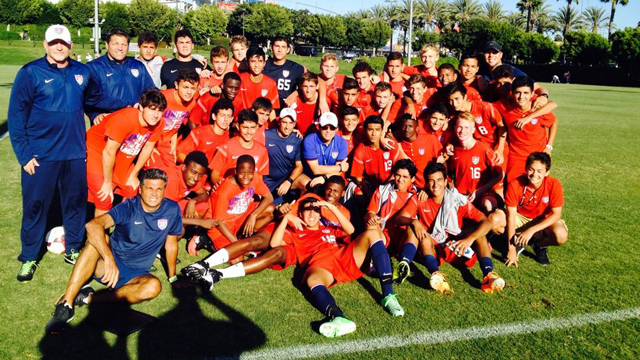 Carson, California – It was the end of a chapter in the U.S. Soccer annals on Saturday. U.S. U15 Boys National Team head coach Hugo Perez informed his players shortly after the end of the scrimmages that it was his final camp with the youth national team.

“Yes, this is my last camp,” Perez told TopDrawerSoccer. “I don’t know [what is next for me]; that is up to U.S. Soccer. Obviously, I’m employed by them and whatever they do I am open to it. It’s been an honor to work with these kids and an honor to get to know them.”

The journey started on August 7, 2012. It ended on August 23, 2014. Perez is the only coach that this team has known during that stretch.

Dozens of camps, a handful of international trips, and hundreds of hours of deliberate training all culminated in the development of the 1999 age group for U.S. Soccer.

“I keep saying that our boys here are talented,” Perez said. “We need to take care of them. U.S. Soccer will continue to do that, as they have been doing.” 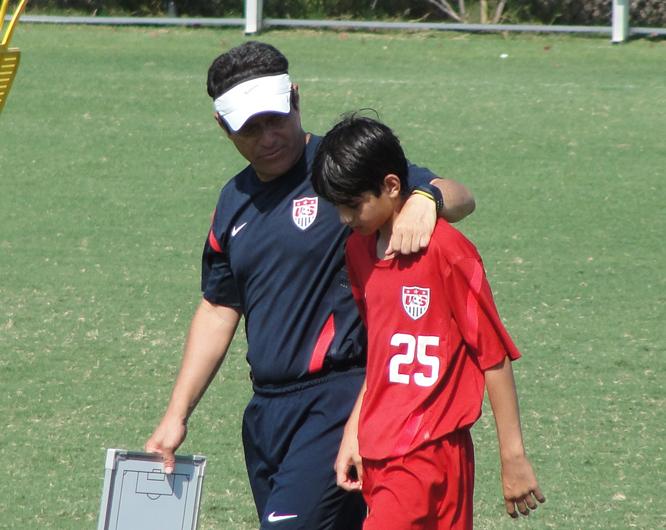 The difference between 2012 and 2014 was night and day. The squad started out with bright ideas and wide eyes. The squad matured into a cohesive group that knew what it wanted to accomplish and how they should play the game.

“Hugo [Perez] has been one of the most influential persons in my life up to this point,” U15 BNT defender Mckay Eves told TopDrawerSoccer. “Hands down he is the best coach I've ever had, and the lessons he's taught me on and off the field I will keep forever.”

“He taught us to play with confidence and to entertain,” U15 BNT forward Lucas Del Rosario told TopDrawerSoccer. “He was hard on us at times because he believed in us and to help us improve.”

“More like what hasn't he taught you,” U15 BNT midfielder Jonathan Gonzalez added when asked about what Perez taught him. “One of the best coaches I've ever had and covers all the aspects of the game.”

Over the past year, Eves, Del Rosario, Gonzalez, and a handful of others made the jump to the U17 Men’s National Team level. It was Perez’s goal to get the best players in this age group up to the marquee team for the youth national team.

With players yo-yoing back and forth from each team, Perez had to find replacements and that exposed his quality as a coach more than nearly any other facet of the game. For new players to the team, it was not an easy transition to learn on the fly what Perez had been building since the first camp, a playing style that was so carefully taught and executed.

Perez made the most of every camp. Opposed to the common approach of letting players fly in and get acclimated to the camp on the day of arrival, Perez made the players arrive in the morning so he could have them out on the field in the afternoon for training.

He wanted to squeeze every opportunity out of the week. He cherished his position and reveled in the chance to impart his wisdom on the next generation of U.S. Soccer players.

“I thank them for giving me the chance to work with these kids,” Perez said about the Federation. “I stay with my job for now and then we will take it day by day.”

His swan song was a victory over Club Tijuana U17s on Saturday. The victory was inconsequential. The playing style, the demand for more, and the emergence of a few players born in 2000 to add to the group were the real highlights.

Perez imparted his passion for playing the right way on nearly every player he came across while the head coach of this age group. He gave them the belief that they should and could play the game the right way.

We are all better for it.