Best of the best: Jefferson Cup 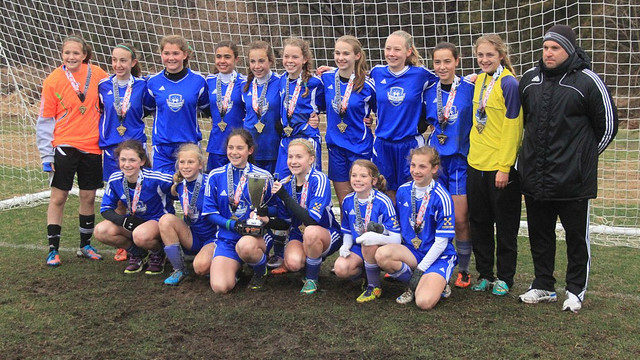 The Jefferson Cup remains one of the most prominent youth soccer tournament held on the east coast and perhaps the country, serving up top level games in central Virginia on an annual basis.

TopDrawerSoccer.com was on hand providing coverage of both the boys and girls weekends – below is a look at some of the best moments personally seen over the two sets of action:

This rivalry game was intense from start to finish as it featured two teams inside the top 3 of the national rankings. The Xplosion and the FC Charge typically trade off wins and losses in the very competitive rivalry they have created over the years.

NJ Crush were the first to strike as Randy Smith found the back of the net after dribbling past three YMS defenders.

The Xplosion turned it up a notch immediately after going down a goal – winning five consecutive corners kicks and putting FC Charge on the ropes for the remainder of the first half.

The second half started similar to the first half ended with YMS getting into the attack and applying pressure to New Jersey’s back line. A shot from 30 yards out scorched the back of the net to tie the game at a goal apiece.

YMS continued to win corner after corner all game, but NJ held strong. The rivalry heated up late in the game with a couple of harsh fouls and jersey tugs, but neither side could find the go-ahead goal.

Best Girls Player: Bridgette Andrzejewski (PSC Baltimore) – The national team midfielder did not disappoint this past weekend as she helped her team to two wins.  The crafty midfielder seemed to always be a threat in the attacking third, not to mention her strong 1-v-1 defending and her leadership ability on the field.

Best Boys player: Melvin Covert (Charlotte United) – Covert plays on the right side of midfield and uses his speed and foot skills to get end line all game. It seemed like no team could stop him from getting crosses into his teammates, and all this came with him playing up an age group as well.

Best Goal: Grace Zas (Tampa Bay United) – Zas’s left foot volley from just inside the box was one for the highlight reel. She received the ball with her right foot and without the ball hitting the ground she volleyed a laser with her left that scorched the net.

Best Save: Logan Wiedmann (Cincinnati CUP Crew Juniors) – The save of the tournament came early into the boys weekend. As Bethesda’s Jared Nozick was denied a shot from six yards out by Wiedmann using every inch of his wingspan to get a finger to the ball to send the shot over the bar. The save was not only great but helped keep a shutout for the Cincinnati team.

Best Parents: NJ Stallions Dynamite – Not only was this group of parents enthusiastic throughout the whole tournament but they showed tremendous amounts of sportsmanship too, which is a great combination and made watching this team even better.