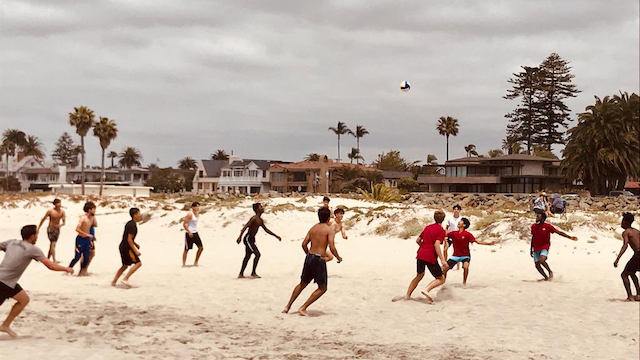 The world of club soccer continues to get more confusing as teams begin to navigate interstate travel. This past weekend was a prime example of how difficult this season has been for clubs, players, coaches, parents, and anyone trying to coordinate travel plans.

San Diego clubs Chula Vista SC and City SC were scheduled to host Barca Residency Academy and Phoenix Rising in MLS Next action. The two clubs from Arizona hopped in their buses and headed west for the games, but somewhere along the way they were told the games were canceled.

Barca Residency Academy arrived in San Diego to the news that they would not be playing any games after the seven-hour bus ride. MLS Next officials told the clubs that the legal team determined that out-of-state travel for youth sports events violated the protocols for the state, according to an email sent out to parents and players from one of the clubs. This last-minute news left the clubs with an empty trip, frustration, and a lot of questions. It also raises a point about the rest of the season. If MLS Next continues to follow these guidelines, California teams will not be taking part in the postseason - unless something changes in the next two months.

While Barca and Phoenix are left with frustration from a change of plans at the last season, Heat FC (Nevada) played in Southern California over the weekend in the Boys ECNL. It’s a perfect example of just what a challenge this season has been for everyone to get a game.

Despite the on-going challenges in California, there were plenty of games elsewhere in the various boys club soccer leagues. TopDrawerSoccer highlights the standouts from the action below. If you would like to recommend a player for the weekly standouts list, please email rankings@topdrawersoccer.com.