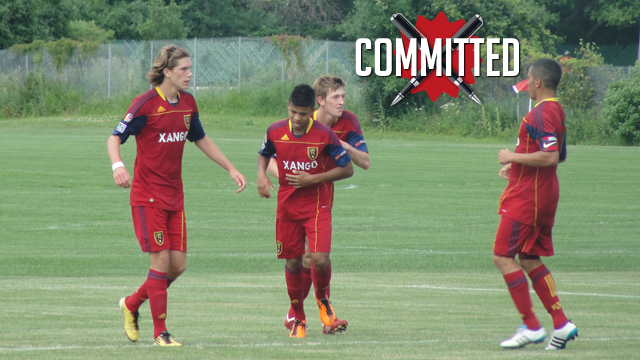 Last year, Maryland landed the verbal commitment of FC Dallas Academy standout Kellyn Acosta, but the Texan signed with MLS before he made it to College Park. Now, the situation may be replaying itself, as the Terps landed the verbal commitment of another highly ranked recruit who could be tempted by the professional route before heading to college. 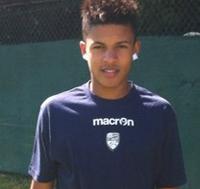 Romain Gall has not spent much time in his home state of Virginia recently. With his last two years training and living with FC Lorient in France and the year before that with Real Salt Lake Arizona’s residential academy, Gall has been training away from home in hopes of pushing his game to a new level.

However, it is that familiar connection to home that helped Gall make his verbal commitment to the Maryland Terrapins last week.

“I have the opportunity to visit the campus a couple of times and I liked the environment and the coaching staff,” Gall told TopDrawerSoccer.com about his commitment. “I have a few good friends who are attending Maryland as well. It’s one of the best colleges for soccer in the U.S. Finally, it’s also close to my hometown in Virginia, which is good since I’ve been away from quite a while.”

“The recruiting process wasn’t too difficult because I was not really talking to any other colleges,” Gall added. “UMD was matching all my criteria.”

Though the collegiate plans may suggest he is heading to the scholastic route, Gall made it clear it still remains a secondary plan for him.

“Although my goal is still to get a pro contract, I’ve been considering UMD,” he said.

Gall gave credit to his time across the Atlantic to helping him improve his game recently and grow into an integral with the U18 MNT and a likely piece for the U20 MNT during the next World Cup cycle in 2015.

“My experience of playing at a high level in France for the last two years with FC Lorient has helped me develop a lot in all aspects of my game: tactically, technically, and physically. It’s really helping me get to the next level.”

Gall is the third player to verbally commit to Maryland for the 2014 class. Baltimore Bays midfielder George Campbell and Match Fit Academy FC midfielder Jake Areman are the two previous members of the class.

If the U.S. youth international does make his way to College Park, he will be an immediate contributor to the 2012 College Cup squad and a likely impact player to replace the void that 2012 MAC Hermann Trophy winner Patrick Mullins will create when he matriculates to the professional rank after this fall.