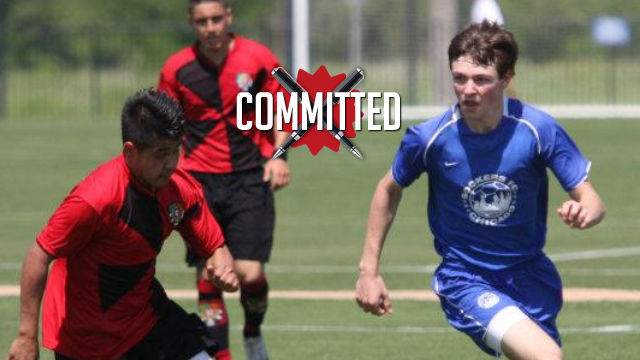 An energetic player who brings a strong dose of speed and athleticism to the field, Richard Olson likes to make things happen on both sides of the ball.

He was ultimately swayed to play college at the next level at a Bradley program that had plenty to offer him. 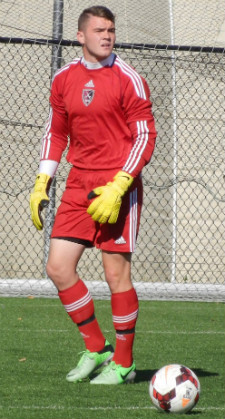 “I feel Bradley is the best fit for me,” Olson told TopDrawerSoccer.com. “It has the right combination of academic and athletic opportunity. My cousin recently graduated from Bradley and had only good things to say about the school and soccer program. I also felt it was important to stay in the Midwest."

Finding the right soccer program is never the most straightforward exercise. Olson was looking for a program with a lot of stability and success, something that he thinks starts with the head coach – another reason to make the commitment to Bradley.

“Coach [Jim] DeRose has been coaching there for over 15 years with a strong history of winning,” Olson said. “The rest of the coaching staff seems as passionate about coaching soccer as I am about playing it. Bradley fits my playing style and ability by using true wingers in their offense.  Also, Bradley plays on grass, which is always a plus.”

A goalkeeper who can provide the game-changing save coaches always love, Joseph Melong was drawn to Temple for a plethora of reasons – one of those being an optimism of future success.

“I decided to commit to Temple mainly because of the atmosphere the coaches and players rave about when speaking with them,” Melong told TopDrawerSoccer.com. “Recently moving conferences, I believe Temple will soon become a powerhouse in college soccer. Coach [David] MacWilliams and coach [Brian] Clarhaut are very welcoming, and having a strong relationship with the coaches is very important regardless which program you play for.”

Melong was intrigued by the team’s recent move to the American Athletic Conference, and with the solid group of guys already there, thinks that success will only continue.

The location was also a big draw for him, as he liked the idea of moving onto a city campus.

“Playing for a club in rural Minnesota, Philadelphia was always an appealing place to end up,” he said. “Being located in Downtown Philly, nothing can compare to big city living. The school itself is somewhere I want to be, and a place I want to live. I was always a small school type of guy, but the thought of seeing and meeting new people daily is something I cannot resist.”

Melong will join up with former club teammate Robert Sagel, who was a freshman at Temple last fall.

A stout defender who can win everything in the air and dictate the game with the ball at his feet, Ian Faloye also takes joy in popping up on set pieces and scoring a goal here or there.

He felt that signing his National Letter of Intent to play at Lafayette would open doors for him that he might not find anywhere else, both on and off the field.

“I decided to commit to Lafayette because the opportunities available for me at the school would be endless,” he told TopDrawerSoccer.com. “For someone like myself who puts a lot of focus into my schoolwork being able to go to a prestigious college with a wonderful academic record was paramount. Lafayette fits that bill to the tee and the fact that it's Division I allows me to continue to play at the highest level.”

He also took a liking to head coach Dennis Bohn and what he has planned for the future of the team.

“The soccer program immediately caught my attention due to how understanding and respectful the coaching staff was,” Faloye explained. “From the first moment I spoke with coach Bohn I could tell that he really wanted me for his program and that he has visions of continued success for Lafayette soccer. The team has a great togetherness and competitive spirit. The program just won the Patriot League two seasons ago and by the quality of players coming into the program, and the ones already there, I can see that another successful season is in the works.”

Midfielder Prayag Jina (Everest SC) committed to Bowling Green for the class of 2014.

Goalkeeper Jackson Miller (FC Dallas) committed to Rogers State for the class of 2014.

Goalkeeper Jordan Black (PDA) committed to Fordham for the class of 2014.

Goalkeeper Alexander Richt (Topeka Select) committed to Graceland for the class of 2014.

Defender Travis Gonzalez (Parkland SC) committed to Campbell for the class of 2015.

Forward Flynn Collins (Campton United) committed to Simpson for the class of 2014.

Defender Ben Troester (Iowa SC) committed to Drake for the class of 2014.