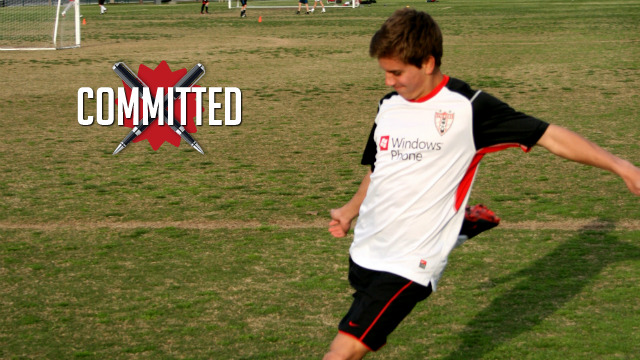 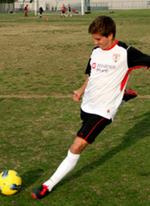 That was just one of several things that drew Strikers FC defender Matt Locklear to the Pac-12 school.

“I really liked Coach Grimes and the entire coaching staff and felt right at home on the campus,” he told TopDrawerSoccer.com. “Plus, Cal Berkeley is one of the top public universities in the country so it meets my academic goals as well.”

Along with that, Locklear has seen a number of players make the jump from Strikers FC to California. His visits to the school didn’t hurt either.

“I liked the coaches and the players I met, as well as the beautiful new state-of-the-art training facilities,” he said.

Family connections run deep, and it helped Massachusetts land a Development Academy midfielder in Carlo DeMarco, whose parents both attended the Northeast program.

That wasn’t all that drew the FC Delco standout, as he took a liking to head coach Sam Koch as well.

“Coach Koch is a great guy and from the minute I met him I knew that I wanted to play for him,” DeMarco told TopDrawerSoccer.com. “He wants hardworking players that are willing to fight for 90 straight minutes. I also liked their style of play the few times I got to see them play.”

Because of both his family and parental ties to the region, he heads to school in a familiar setting.

“Growing up I have spent a lot of my time in the summer in New England with family, so the area alone is appealing,” he said. “I also wanted a big school, but not too big, so the size is perfect to me. I also love watching good hockey and lacrosse, and both of those programs at UMass are great.”