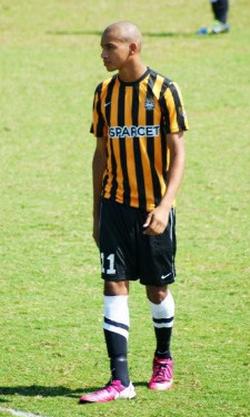 A quality attacking player, Avery Ryan enjoys taking on defenders one vs. one and finding space behind the back line. Finding a program that fit him as a player was a priority.

That was one of the reasons that he eventually settled on committing to High Point, as he like the coaching staff’s commitment to development and attacking soccer.

“I was looking for a school that could give me a good balance of education and soccer,” Ryan told TopDrawerSoccer.com. “High Point had that and it also has great learning and athletic facilities.”

Ryan looks forward to beginning his college career and continuing his improvement there. On the school side of things, there was plenty that appealed to him as well.

“I liked the small classroom size for person attention and that they try to apply practical application in the classrooms,” he said.

Like most of his peers, Trey Pujats’ search for a college destination had a two-fold goal.

“My priority after high school is to attend a prestigious academic institution where I will have the opportunity to pursue my educational goals and at the same time continue to play soccer at the highest level,” he told TopDrawerSoccer.com. “During my visits, I enjoyed every aspect of the Air Force Academy and knew it would be a good fit for me. It will be an honor to serve my country.”

Few other programs afforded Pujats the same kind of classroom opportunities that Air Force did, and during his visit to the campus, he also like what he saw from the soccer program.

“The team has great chemistry, plays the ball quickly and simply, and is very organized and disciplined,” he said. “The coaches maintain a disciplined team and they play a great role in developing their players.”

Forward Marcus McCrary (FC Milwaukee) committed to Ohio State for the class of 2014.