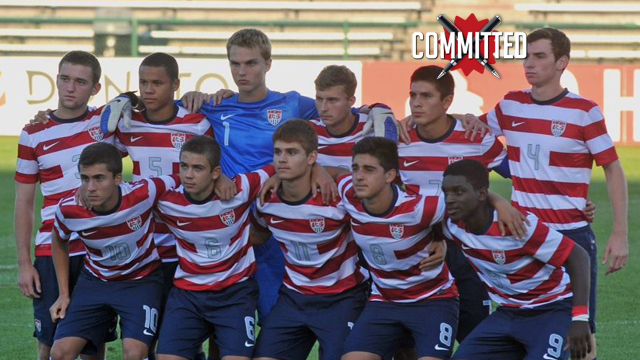 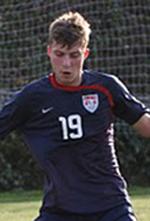 Bryce Cregan had the world figuratively at his feet. Cregan, a teenager from Pennsylvania, was pursued by a number of top schools on his recruiting journey.

Last week, the smart defender put the chase to bed and gave his verbal commitment to Akron.

“I liked everything about Akron,” Cregan told TopDrawerSoccer.com. “The possession/build from the back style of play at Akron was a factor for me, as well as the relationship with the coaches. They were honest and showed a lot of interest in my development and future. Akron has a beautiful campus setting, first class facilities, and a strong soccer tradition.”

In Cregan, the Zips can expect a player that can handle the responsibility of building out of the back and starting the attack to make the Death by 1000 Passes mantra continue to ring true.

With his skill and intelligence, a move into the midfield did not seem out of the question for Cregan, but he said that Akron head coach Jared Embick only discussed playing him as one of the center backs.

“Throughout the recruiting process I have been considered a defender,” he said. “Coach Embick sees me as a center back.  I played mostly centerback with PA Classics, I was an outside back with the U17 National team and at times with PA Classics, and have played minutes at midfield as well.  I am not opposed to a change if it helps me develop as a player and will help us win at Akron.”

Of course, the way that the Akron campus idolizes the soccer team also played a part in wooing the teenager into joining the Ohio program.

“I am looking forward to the high level of play not only from the college game, but looking at the players Akron has on the roster the training environment will be excellent. Perhaps the most exciting thing will be the atmosphere at my first home game wearing the Akron jersey. I can't wait!  It will be amazing.”

Nathan Shultz (Internationals SC/ Highland Heights, Ohio) is the other commitment currently on the books already for the Zips class of 2014.

It was the style of the play of the Pac-12 Champions that helped UCLA land hardworking midfielder Ryo Fujii last week as the seventh verbal commitment for the 2014 class for the Bruins.

“The way UCLA played soccer was what stood out the most in my opinion,” Fujii told TopDrawerSoccer.com. “They keep possession of the ball very well and play beautiful soccer.”

Added to the snazzy style, the beauty of the Westwood campus also helped sell the Chivas USA youngster.

“It is very close to where I live and the education is amazing. The campus is also amazing and knowing that it is in LA made my choice very easy to pick.”

Fujii said that joining a class of seven players (many of whom with youth national team experience) did not play a huge role in his decision.

“I knew some of the players that have already committed to UCLA, but it was the program and the way UCLA played that made me finalize my decision. I believed that the best way to succeed in the future was to play in a program that fit the way I play.”

After spending the last few years in the Chivas USA Academy, Fujii has emerged as one of the better midfielders in Southern California for this age group. He has four goals in 25 games this season. His Chivas USA U16 side is 17-3-5 on the year and sits in first place in the Southwest Division.

Good things come to those who wait, and Florida Gulf Coast is certainly hoping that is true with Isaiah Madrid.

The Colorado Rush forward made his collegiate decision only last week after a lengthy recruiting process.

“Picking a college was a tough decision for me,” Madrid told TopDrawerSoccer.com. “When I went to visit FGCU it had everything I was looking for. I loved the weather, the team, the facilities, campus and the coaches. I will be in an environment where I will be pushed to be at my best next year on and off the field.”

This year, Madrid is pushing his club team into a position to contend in the playoffs as Colorado Rush U18 sit just outside the wildcard bubble with three games remaining. The forward has five goals in 16 starts this season in Development Academy play.

He said that High Point and Fort Lewis were also in consideration before he committed to FGCU.

Forward Kevin Carpenter (Albertson SC) committed to Hofstra for the class of 2014.

Defender Justin Crichlow (Seattle Sounders Academy) committed to Harvard for the class of 2014.

Forward David Villegas (Davis Legacy) committed to UCLA for the class of 2015.

Defender David Ybarra (Classics Elite) committed to Our Lady of the Lake for the class of 2013.

Forward Dean Rutherford (North Carolina Alliance) committed to Charlotte for the class of 2014.

Goalkeeper Paul Christensen (Seattle Sounders Academy) committed to Portland for the class of 2014.