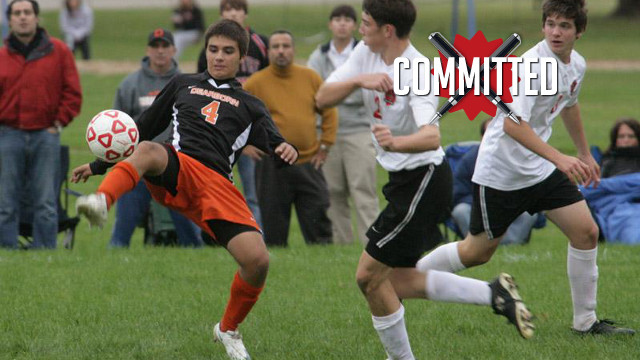 Evan King is switching coasts for his college commitment. The Washington-native is heading to New York to join the Cornell Big Red. 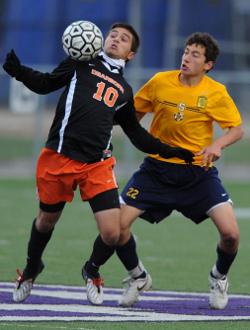 “The combination of excellent academics and an emerging soccer programs made Cornell an option nearly unparalleled by any other university,” King told TopDrawerSoccer.com. “The engineering program is top ten in the nation; this, combined with coach Jaro (Zawislan) and his staff’s unrivaled cooperation throughout the process, made choosing Cornell a no-brainer for me.”

The towering goalkeeper with soft hands said he is not too concerned about heading to the opposite coast.

“The thought of moving across country is, of course, a little worrying but I am confident that I will be able to adapt fairly quickly,” he added. “Being a member of the team will go a long way in helping me get acclimated.”

Before committing to Cornell, King said he considered a number of universities including UIC, Northwestern, Washington, Gonzaga, and Seattle.

Jared Goldstern is not traveling far to take his game to the next level. The Development Academy defender made his verbal commitment this week to his local program, Rutgers.

“I decided that Rutgers was the best place for me based on their recent success and the trajectory the program is going under the leadership of coach Dan Donigan,” Goldstern told TopDrawerSoccer.com. “When I went down to campus and had my meeting with coach Donigan and assistant coach (Brian) Grazier, I felt like I would be able to continue improving as a player and flourish under the system at Rutgers.”

Goldstern said that staying close to home was not a big part of the recruiting process for him, but it certainly helped seal the deal when he realized he could play in front of his family and friends.

“The recruiting process was an experience that I’ll never forget,” Goldstern said. “I was able to meet a lot of great people and see some great schools.”

When it came time to make a verbal commitment, it wasn’t a very difficult decision for Ali Jawad to choose Michigan.

“I chose Michigan because it was the ideal place for me to be,” Jawad wrote TopDrawerSoccer.com in an email. “The campus is extraordinary and the academics are second to none. The school and atmosphere of being in a college town are exceptional and also the distance from home was really close for my family and myself. All the pieces fit perfectly, so it made the decision really easy.”

The midfielder thought that the team itself was ideal as he conducted his college search.

“The soccer team appealed to me in a way that could fit my skill set as a soccer player,” he said. “The team likes to work hard, get forward, and defend well which are aspects of my game that any player would love to be a part of. Also, playing for such a prestigious school makes it such a great honor to play for the team.”