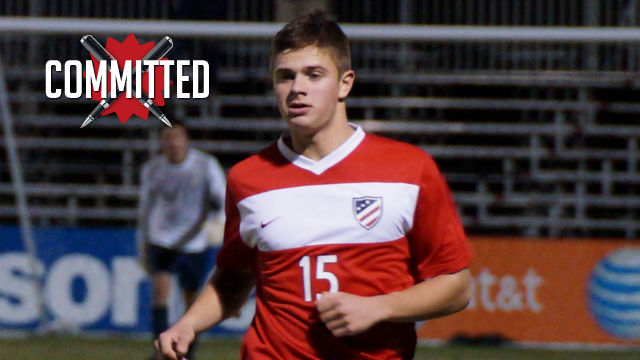 An attacking player with a high work ethic, Ryan Sierakowski’s commitment to Michigan State came about thanks to a positive experience last summer. 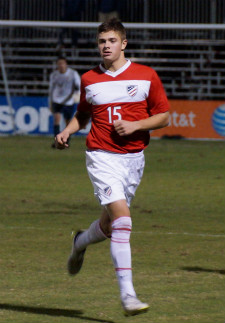 “Last summer I attended an ID camp at Michigan State to help me prepare for a trip to England,” Sierakowski told TopDrawerSoccer.com. “The camp exceeded all of my expectations. I was extremely impressed by the coaching staff. They exude professionalism, knowledge and integrity. The camp was well organized and challenging, and the interaction with the college players left a positive impression on me. I knew then that MSU was a special place.”

Recognizing that he valued the same things as both the coaches and players, it didn’t take much more to convince Sierakowski that the Big Ten program was the right fit for him.

“Early on, coach [Damon] Rensing and coach [Kylie] Stannard recognized my ability and potential,” he said. “They saw something in me way before the announcement of the Academy Select Game roster and the Showcase in Florida. They have always been honest with me and made me feel that Michigan State is the place where I can grow as both a student athlete and a person.”

Sierakowski was also excited by what the school had to offer him off the field.

“I know that I will have a complete college experience at Michigan State,” he said. “Although it's a very large school, the soccer team makes me feel like I would be a part of a close-knit family. The school offers everything I want academically and with their help, I will be able to achieve all of my goals both on and off the field.”

See who else is verbally committed to the Michigan State men's soccer program.

A creative attacking midfielder/forward, Federico Oliveira’s college commitment came about largely because of what he found Adelphi offered in the classroom.

He also noted the team’s success, the school’s size, atmosphere and friendly student body as reasons for deciding.

“I'm really excited to start working with the team because last year they had a good year,” Oliveira said. “They went to NCAA tournament and their record was pretty good. I really liked the facilities that Adelphi has.”

Midfielder Walker Dawkins (West Pines Strikers) committed to UCF for the class of 2014.

Midfielder Alexander Wrona (Oakwood SC) committed to George Mason for the class of 2014.

Goalkeeper Ryan Cretens (CASL) committed to UNC Wilmington for the class of 2014.

Goalkeeper Colin Miller (Baltimore Bays) committed to Providence for the class of 2014.

Midfielder Nikola Atlija (FC Milwaukee) committed to Wisconsin for the class of 2014.

Defender Lance Gaspar (Minnesota Thunder Academy) committed to Dayton for the class of 2014.