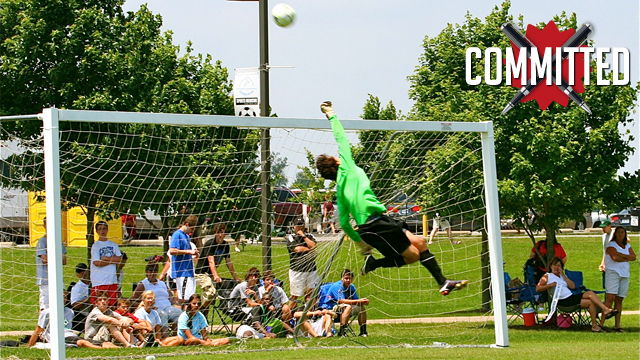 A center back for D.C. United’s U16 Academy team, Lars Eckenrode is hoping that his college choice provides a stepping-stone for his professional ambitions. 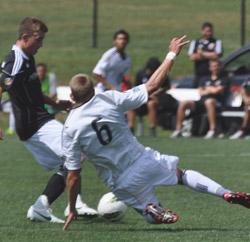 “I chose Radford because they know what I want to do (become a professional soccer player) and I most certainly believe that they can help me achieve my dream,” he wrote TopDrawerSoccer.com in an email.

A versatile player who can also slot into a holding midfield role, Eckenrode is hopeful that head coach Marc Reeves can assist him in achieving that goal when he plays there.

“What stood out to me most about Radford is the care and attention the coaches give you, they truly care about you,” Eckenrode said. “Also the facilities are fantastic.”

Lars is also set to join his older brother Jannick at Radford, who is a 2012 graduate who also plays for D.C. United’s U18s.

A native of northern Virginia, Hunter elected to stay very close to home when he made his recent commitment to George Mason.

Head coach Greg Andrulis was an obvious positive, and Hunter is looking forward to having family come to games down the road.

“I am excited that my parents will be able to come and watch me play,” he said.

A multitude of positives caught the eye of Chris Hubbard, fueling his decision to make the commitment to Notre Dame.

“There were many things that were appealing about Notre Dame that led me to my decision,” he wrote TopDrawerSoccer.com in an email. “First of all, Coach [Bobby] Clark is a well-known coach. He also was a professional goalkeeper so that helped some too. Second, the school itself is amazing. The academics are second to none, the atmosphere is very friendly, and the network of Notre Dame all over the country is very close.”

The goalkeeper had several specifics in mind as he evaluated his college options.

“My three criteria were academics, soccer, and social life,” Hubbard said. “The soccer program itself is very strong and having such a great coaching staff was also very good. The school is one of the most unique schools in the country. The academics are very strong and the Notre Dame reputation will help me after I graduate. After several visits, I loved the environment of Notre Dame.”

Hubbard also raved about the program’s facilities, and looks forward to hopefully playing under the lights and representing the Irish in an NCAA Tournament one day.

After being profiled in our Recruiting Insider series, Jalen Brown gave his verbal commitment this week.

“Xavier felt right,” Brown told TopDrawerSoccer.com about his decision. “Great academic institution and a soccer program that is on the rise.”

Brown has enjoyed a strong season in the Development Academy with seven goals in 14 starts.

“I believe under the direction of head coach Andy Fleming and hard work, I can contribute right away while competing for another A-10 championship and NCAA berth.”