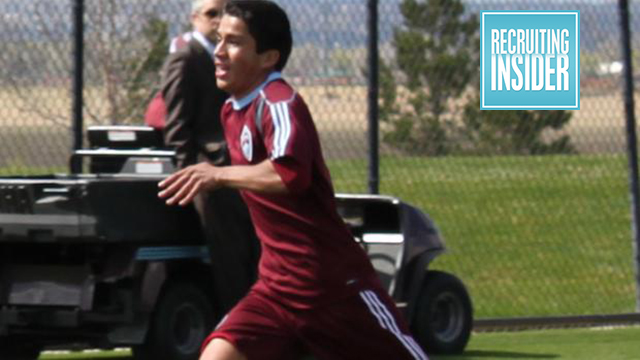 In this week’s recruiting insider, players from across the country talk about the recruiting process and some of the challenges the top prospects in the nation face when deciding on a university.

Want to be featured in the next Recruiting Insider series? Email us at recruiting@topdrawersoccer.com.

A promising midfielder for the Colorado Rapids U16 team, Ricardo Perez has a number of places he’s interested in going.

With visits to Fort Hays and Denver under his belt, Perez wants to land somewhere that offers him the chance to contribute right away.

“I am looking for a college that has good academics and that has a great soccer team program,” he wrote TopDrawerSoccer.com in an email. “Also, I'm looking for a soccer program where I can make an impact since day 1 and it would help me in my development and to become a pro soccer player.”

With a few more visits set for this summer, Perez is busy balancing the difficult training schedule of an Academy team with his school. He’s looking to make a decision by this fall.

His talent hasn’t gone unnoticed by the Rapids first team coaching staff, and he recently made a substitute appearance in an MLS reserve match against Sporting KC. 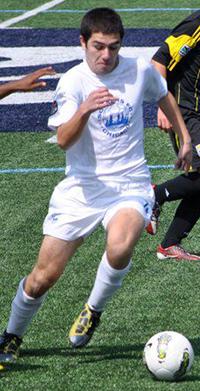 For Connor Willsey, the recruiting process has been eye opening.

“I would describe the recruiting process as interesting, thus far,” Willsey told TopDrawerSoccer.com over email. “It’s been interesting for me doing all of the research and finding out in more depth about each school, as well as each soccer program at that school.”

Willsey, a regular starter at defense and captain of the Sockers FC U16 Development Academy squad, pointed to campus visits as an important part of the process.

“The various campus visits that I've made have also been crucial,” he said. “They've allowed me to both meet the coaches as well as to get a small taste of what attending each respective school would be like.”

The 17-year-old did recent made a trip out to New Jersey to visit a school.

“I recently made a visit to Princeton and loved everything from its location and campus, to its reputation as one of the top universities in the country,” Willsey said. “I also really enjoyed the welcoming nature of the coaches, as well as the opportunity to hear from them about their program.”

Despite the appeal of Princeton, Willsey says he has not eliminated any school from his list.

“I wouldn't say that I have a dream school, or even a definite top three at the moment,” he added. “But like I said I'm really not ruling out any schools at the moment as making the decision of where I'll spend the next four years of my life after high school is a very important one.”

A competitive central defender from Florida, David Gray is smack in the middle of his college search.

With a variety of options currently on the table, a visit to Wake Forest impressed him.

“I like the campus and was impressed with the coaches and the way they ran their practices,” he wrote TopDrawerSoccer.com in an email. “I have also been invited to visit other schools but have not been able to schedule a trip yet.”

Division I and Division III programs are all under consideration at the moment, and Gray has a handful of guidelines as he surveys them.

“First and foremost I look at the academics and the programs offered to the students,” he said. “I also consider where the school is located since I prefer certain parts of the country. In addition, I look at the teams record over the past few years.  Finally, I also look to see how large the senior and junior class will be when I enter as a freshman.”

While a native of Florida, Gray isn’t ruling our other parts of the country and is hoping to make a decision either “by the end of the summer” or early into his senior year of high school. 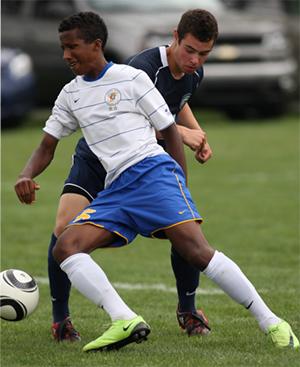 The forward also said there has been a considerable amount of work that has gone into the process too.

“The recruiting process has also been somewhat challenging in terms of work,” Brown said. “I spend seven hours at school, two hours of practices, then two to three hours of homework leaves little time for responding to emails and calling coaches.”

Brown said that he has four criteria for finding the right fit: “top 25 soccer program, strong academically, place where I will have an immediate impact, and a student body that fits me.”

In terms of the soccer program, he is definitely paying a lot of attention to the coaching staff.

“So far, I have enjoyed all the coaches of the universities I have visited,” Brown said. “Each has his own style.  However, I am most interested in understanding which coach can help me become a better soccer player.”