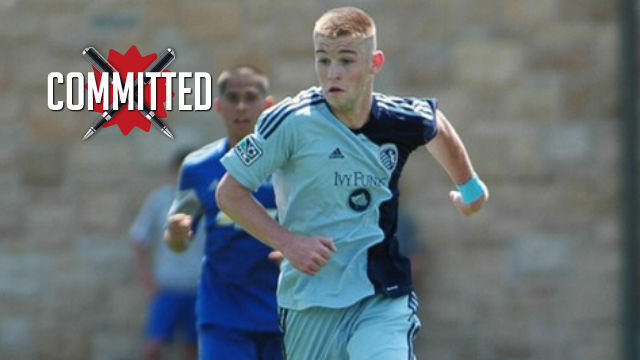 The pipeline from the Sporting KC Academy to Morgantown, West Virginia is alive and well. 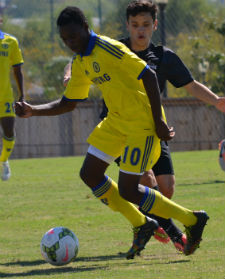 The 2014 MAC Newcomer of the Year, Joey Piatczyc, joined West Virginia after a stint with Sporting KC’s Academy, and next fall, Tucker Stephenson is set to take the same path.

“West Virginia had everything I was looking for as a Student Athlete,” Stephenson told TopDrawerSoccer.com. “Morgantown is very open and inviting and felt like home the minute I got on campus. My parents also loved the school, which helped make my decision a lot easier. They have always been there to support me and I wanted to make them proud.”

A versatile option for SKC who can lineup in either the midfield or up front, Stephenson had a variety of options to choose from, but the way West Virginia played caught his attention.

“I really liked that [West Virginia’s] style of play is very similar to that of Sporting KC which will make the transition into their program that much easier for me,” he said. “Head Coach Marlon LeBlanc was very welcoming and sees me playing as an attacking-mid role. This is a role that I feel very confident in playing. Also, I wanted to represent a team that is very dominant in their conference and I think with West Virginia playing in the MAC this criteria was met. The environment that Coach LeBlanc has established on and off the field is something special and I wanted to be apart of it.”

Academic options were right for Stephenson too.

“The school itself was very beautiful,” he said. “West Virginia has a very good business program, which will help pursue my sports management degree.”

He is the second verbal commitment to West Virginia for 2015.

It’s never a surprise to see a top Dallas player stay close to home and commit to SMU, and Dwight Williams is the latest to hop on that pipeline.

Williams, a forward who likes to speed up the game from his attacking position, found it a relatively straightforward decision founded upon SMU’s style.

“I decided to commit to SMU because their style of play really grabbed my attention and the school itself is academically prestigious,” he told TopDrawerSoccer.com. “The coaching staff seems great and I am excited to work with them in the future.

The Solar Chelsea forward, who was also looking at Duke, Dartmouth, North Carolina and Georgetown, ultimately decided that playing closer to home would be the right move.

“The campus is beautiful and the field is immaculate,” Williams said. “It's a small school and it's close to home so my friends can watch me play.”