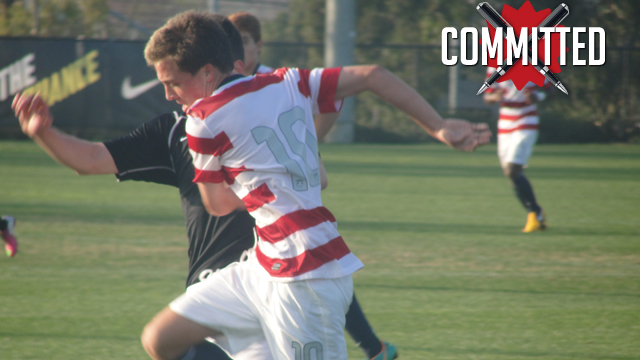 It only took Stanford head coach Jeremy Gunn five years to get the NCAA College Cup with his previous program Charlotte. Now, Gunn is aiming to duplicate the rapid rise at the Pac-12 school.

The first step in the rebuild was recruiting, and Gunn has been very active in trying to land the top recruits from in state to the prestigious academic institution. Last week, Gunn received some pretty good news when a starter for the U.S. U17 Men’s National Team gave his verbal commitment to the English coach. 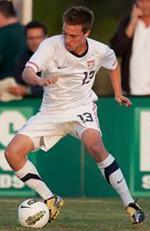 Corey Baird, the starting attacking midfielder for the U.S. U17 Men’s National Team, managed to sneak in some time last summer to visit a few campuses. Unsurprisingly, Stanford and its gorgeous Palo Alto campus left quite the impression on the teenager.

“Over the summer, I visited several universities on the West Coast, and Stanford stood out as the place I wanted to be,” Baird told TopDrawerSoccer.com. “I felt an instant connection with the coaches and players, the campus was just beautiful, and its academic reputation speaks for itself. The opportunity to get a Stanford degree was just too good to pass up.”

On the field, Baird is a dynamic attacking talent who likes to beat players on the dribble. In the Cardinal’s style of direct play, Baird will likely enjoy most of his success from a wing position.

The San Diego Surf playmaker already has a pretty good idea of how he fits in with the Cardinal style.

“On the soccer front, I’m really excited to be a part of Coach Gunn ‘s program,” Baird said. “They play an exciting style, and I really look forward to being part of a program that tries to match – and exceed – the success he had at Charlotte. Stanford has a history as a top college program, and Coach Gunn definitely has his sights set on getting the program back to the top.”

Baird, a junior at Escondido when he is not in the Residency program, has an exciting few months coming up with U17 CONCACAF Championship in Panama ahead. A top three finish would put the U.S. into the World Cup, which will be held in the United Arab Emirates in October.

Score one for the UCLA coaching staff.

Requejo joins a class at UCLA that already includes two other players (Brian Pacheco and Rolando Munoz) ranked in the top 25. The Bruins are once again stacking the roster with five-star recruits.

While he has mainly played left back with the youth national team, Requejo was a superb center midfielder with Carpinteria High School during his freshman season. Carpinteria reached the CIF Finals in 2011 behind Requejo’s five goals and seven assists.

Like Baird, Requejo will be a key component in the U.S. U17 MNT’s bid to qualify for the 2013 World Cup in UAE.

Midfielder Leonardo Rubio (Revolution Empire) committed to Cornell for the class of 2013.

Midfielder Adam Arana (Chivas USA) committed to Drexel for the class of 2013.