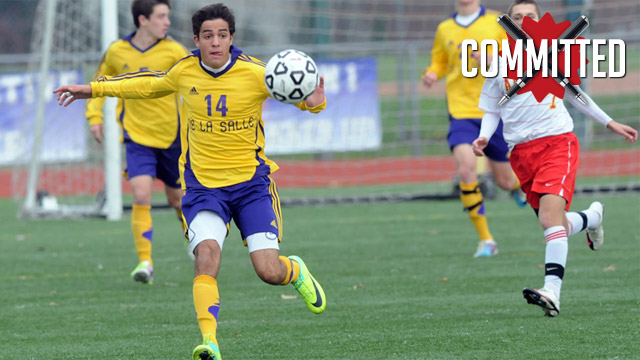 Stanford’s recruiting class for 2014 has reached seven players with the addition of a defender from one of the top teams in Southern California. Plus, Cal Poly nabs the verbal commitment of three players from the same team in Northern California. 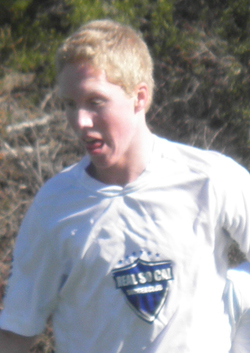 “Stanford was always my number one choice,” Liberty told TopDrawerSoccer.com. “Besides the obvious, top academic school, in a great location, and on the same coach that I live making it easier for my family to see my play at times, the biggest factor was the coaches.Liberty, a starting defender for the Real So Cal U18 side, was recently profiled in the Recruiting Insider series on the site. Last week, the recruiting process for Liberty ended as he made his verbal commitment to Stanford and head coach Jeremy Gunn.

“Their vision of the future of the program along with their philosophy on how to play the game and the fact that they have great characters and value that was the deciding factor.”

Gunn has been selling that pitch all across the country as he amounts a stellar class for 2014 with seven players already committed to join the Cardinal next year.

“The fact that they have a strong class coming in that year already is also great. I feel like I bring a strong element to the defensive side that were not as deep in.”

Liberty is only the second defender for the group, as the rest of the class has mainly focused on the attack and midfield with U.S. U17 Men’s National Team attacker Corey Baird headlining the group.

The Real So Cal defender said that Princeton, Brown, Yale, and Cal Poly were also in the conversation, but none could top Stanford.

Liberty’s consistent play has helped Real So Cal charge up the standings in the Southwest Division where they currently sit in second place with a 15-3-4 record.

De Anza Force U16’s defense is statistically best in the Northwest Division, so it should come as no surprise that a couple of the starters on the squad were quickly snatched up in the recruiting process.

Center back David Levitsky made his verbal commitment to Cal Poly last week, as he found the perfect place for his collegiate years.

“I decided Cal Poly was the place for me because it is the perfect blend of prominent academics and athletics,” Levitsky told TopDrawerSoccer.com. “Their engineering program is excellent and their soccer program has and preaches the same values that I believe in. Throw in an excellent coaching staff and a fantastic location and I couldn’t ask for more!”

Levitsky said he also considered UC Davis and a few East Coast schools including Amherst, but the visit to Cal Poly sold him on the Big West program.

Carroll’s recruiting process was drawn out a bit more than most. The left back from the stellar Northern California club first set his eyes on Cal Poly in the ninth grade, and knew that it would be in the conversation for his commitment in the future.

“After joining the De Anza Force Academy, I was getting looks from different schools including Cal Poly,” Carroll told TopDrawerSoccer.com. “About three months before my commitment, my team went on a visit to Cal Poly . . . after that trip, I knew that was where I wanted to go.”

Carroll said that the “environment and the amount of soccer fans they have there is one of the best” in his opinion.

Head coach Paul Holocher and his staff also had a legacy angle with Carroll, as his mother attended the Central Coast university.

The defender said that he was also talking to Washington and UC Davis before committing to Cal Poly.

Beyond Carroll and Levitsky, Romiro Molina also verbally committed to the Mustangs for the 2014 class. They are the first three members of that class for Cal Poly.

Some times, choosing a school is a complex, time-consuming process. Other times, things seem to fall into place, like they did for Connor Ryan.

“I decided to commit to Drexel when I found it to be the perfect fit between a rigorous academic program and a high level of Division I soccer,” he told TopDrawerSoccer.com.

A member of the Philadelphia Union Academy setup, Ryan jump at the chance to compete close to home, as his family played an important role in his soccer career.

“My dad has been to every single one of my soccer games since I started playing at age 4 and coached me until I started playing for the Philadelphia Union Academy, FC DELCO Academy, and Philadelphia Union Generation Adidas Cup team,” he explained. “It means a lot to me that my dad can see every game that I will play in college and one of the big reasons I wanted to stay close to home.”

Defender Louis Zinga (Crew Soccer Academy) committed to Brown for the class of 2014.

Midfielder Kevin Barajas (Georgia United) committed to Kentucky for the calss of 2014.

Midfielder Zach Jackson (Texans SC Houston) committed to Tulsa for the class of 2014.

Defender Malcolm Stewart (Georgia United) committed to Charlotte for the class of 2014.