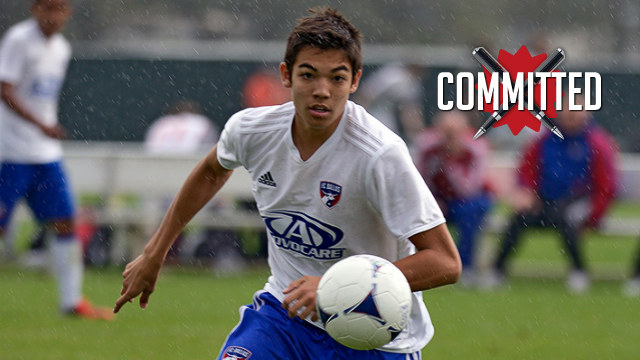 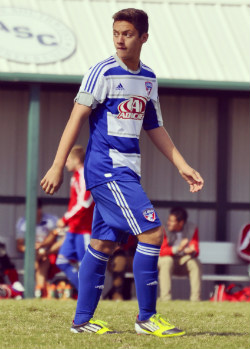 The school’s support of the soccer team was in particular interest to him, along with the way the team plays.

“I liked how much attention the soccer program receives from all the students,” Gordillo said. “And I also liked the style of play that they play, it's very similar to the style of play at FC Dallas, simple with a lot of possession.”

He also found what he was looking for in the classroom.

“They had the major that I wanted to study, which is finance and the program is one of the top programs in the East Coast,” he said. “I also liked how the campus is right in the heart of Charleston and it has a perfect blend of old historical buildings with modern buildings.”

Gordillo elected to head to the South Carolina program over Duke and SMU.

A versatile player who can slot in any of the three attacking positions (forward or wide midfield), a connection with the coaching staff convinced the Plano native to pick his future college home.

“I chose Valparaiso because the assistant there, Kelly Altman, has been tracking me for the last couple of years, and brought me into their program,” he told TopDrawerSoccer.com. “They've done a real good job of making the team its own family. That's the first thing I noticed when I visited. Everyone hangs out and has fun, all while looking out for each other.”

A friendly team and student body was of note as well.

“I loved the family feel of the school and everyone, regardless of what they do, is real nice and friendly,” Sandbekkhaug said.

Forward Troy Carrington (Soccer Domain FC) committed to Syracuse for the class of 2014.

Defender Cesar Murillo (FC Dallas) committed to the College of Charleston for the class of 2014.