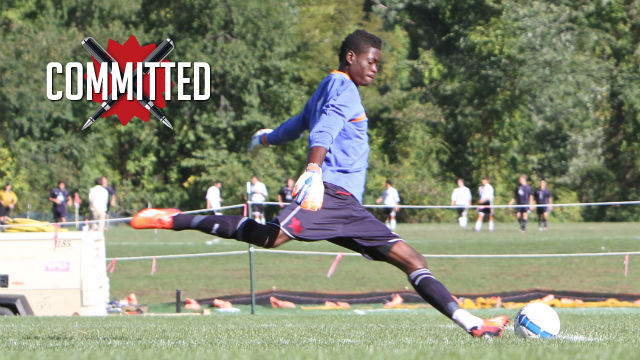 A technical and creative midfielder on the New York Red Bulls Under 16 Development Academy side, Marcello Borges didn’t need a long visit to realize that Michigan was the place to continue his soccer career. 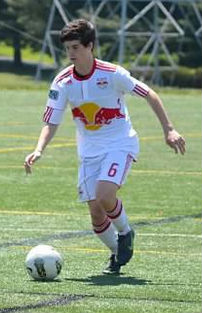 “As soon as I stepped on campus, and saw its facilities, I knew this is where I wanted to go to school,” Borges told TopDrawerSoccer.com. “Michigan’s blend of academic and athletic programs is one of the best, if not the best, in the country. I could see me starting my future there.”

Head coach Chaka Daley has made impressive strides with the program since taking over at the end of 2011, and the addition of Borges stemmed from his rapport with the coaching staff and current roster.

“The coaches and players made me feel comfortable and are all on the same page in making Michigan soccer a professional level program both on and off the field,” he said. “The facilities are the best in the country and I like the way things are looking for the future.”

Borges was also impressed by what the Ann Arbor school had to offer away from the soccer field.

“The atmosphere of the school was incredible and everything was clear and organized,” he said. “I truly believe I will be set up for success at Michigan.”

The midfielder is the third reported verbal commitment to Michigan’s 2015 recruiting class.

Over the past decade, the Right to Dream program has helped numerous standout soccer players from West Africa find a home in the United States to further their education.

Goalkeeper Rashid Nuhu, from Ghana, is another in the pipeline heading to a Division I school in 2015, as he made his commitment to Fordham.

“I decided to commit to Fordham because they have a good soccer program and also good education,” Nuhu told TopDrawerSoccer.com. “The thing I liked about their soccer program was how great the coach is. I wanted to go to a school where I can work with the coach and enjoy playing.”

A goalkeeper and standout for the Kent School in the Northeast United States, he’s an aggressive shot-stopper who likes coming off his line.

He was also excited about the prospect of playing soccer in the Big Apple.

“What I liked about the school in general is, it is in New York and I want to be in the city,” Nuhu explained. “Also it is a medium size school which is a plus for me because coming from a prep school I want to go to a college bigger than my high school and also didn't want to go to a big size school that’s why Fordham is perfect for me.”

Nuhu is the first reported verbal commitment to Fordham for 2015.

I am a very tactical player; I try to anticipate possible attacks and make assertive decisions in order to lessen the chance of a striker shooting a dangerous shot on me. Also due to my lengthy frame at 6 foot 6, I'm able to make some difficult saves by utilizing my reach.

A tall 6-foot-6 goalkeeper for Chicago club power Sockers FC, Zack Saltzman will bring his large frame to the Patriot League in 2015, making his commitment to mid-major power Boston University.

“I committed to BU because I am extremely interested by the opportunity to play Division 1 soccer at an up-and-coming program while also being able to attend such a highly regarding academic institution in the heart of Boston,” Saltzman told TopDrawerSoccer.com.

Saltzman found the challenging environment at BU to be one that bordered on professional, on and off the field.

“They've cultivated a competitive environment where players are held to high standards both academically and athletically,” he said. “And that very much intrigued me because I feel that I thrive in such situations.”

The netminder thought the school’s student body was friendly as well.

“During my visit to BU, I was really struck by how even though the school is obviously academically rigorous, students there still are quite friendly,” Saltzman said. “Thus, I think BU is a great fit for me because I will be surrounded by like-minded individuals who care about academic success, but not to the extent that they would avoid being social.”

Saltzman is the second verbal commitment to Boston University in 2015.

Midfielder Ben Hagman (Columbus Crew) committed to Ohio Northern for the class of 2015.

Defender Tanner Carlson (Minnesota Thunder Academy) committed to Davidson for the class of 2015.

Midfielder Eli Roubos (Toronto FC) Committed to Oregon State for the class of 2014.