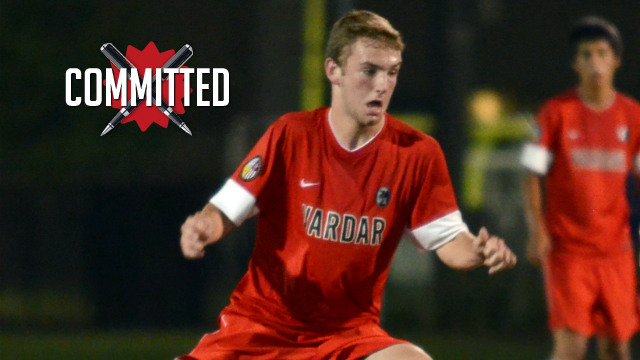 Like many who have come before him, Adonis Amaya only needed to step foot on campus at UC Santa Barbara to be sold on becoming a Gaucho. 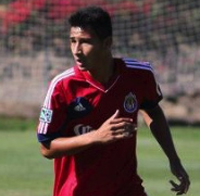 “It was very tough actually,” Amaya told TopDrawerSoccer.com about the recruiting process. “But once I stepped onto campus, I was amazed. [The Gauchos] have a great staff that has really looked out for me and showed they want to work with me.

“It’s a very prestigious program,” Amaya continued. “I wanted to end up in an environment where we work hard everyday and compete. It seemed only right that UCSB will be the right place for me.”

The U.S. Residency Program product had interest from California, UC Riverside, UCLA, Cal Poly, and San Diego State before he committed to the Gauchos.

For head coach Tim Vom Steeg and his staff, they add the third player from Chivas USA’s Academy (Axel Mendez and Caleb Calvert are the others) and their second from the Residency Program (Dalton Pando is other) for the class of 2014, which is shaping up to be one of the best in the nation.

Amaya played left back with the U.S. U17 Men’s National Team, but has since transitioned back into a forward with Chivas USA’s Academy recently.

“That’s something we discussed with the staff,” Amaya said about what position he would play at the next level. “I was never truly a left back – I only started playing left back when I arrived at Residency.

“I have always been a striker that wants to score goals and Chivas USA caught that right away . . . it looks like I will be playing up top for the Gauchos [too].”

Amaya, perhaps playing with a chip on his shoulder after not being invited back to Residency this semester, has been on a goal-scoring tear in the USSF’s Development Academy. The high school junior has four goals in his last three games.

After struggling with depth at the No. 9 position for the last couple of seasons, UCSB’s coaching staff clearly went after the top forwards in the 2014 class. The Gauchos now have a plethora of top tier talent heading to the beautiful coastal campus with Amaya, Calvert, and Pando all slotted to join the program next year.

There were plenty of things that drew Matthew Nance to make a commitment to Xavier, but perhaps what stood out most was what the schools offered off the field.

“Xavier is one of the best institutions in the country, and with their team winning academic awards yearly I was very impressed,” Nance told TopDrawerSoccer.com. “Size of the school was also a factor. I liked the fact that the classroom size was smaller than most D-1 schools, so I can get more out of each class.”

That’s not to say that the soccer program didn’t lure the stout defender from Vardar, as he saw lots of promise from the coaching staff as well.

“Since Coach [Ian] Fleming came to X they have had great success,” he said. “Making the tournament the past three years is obviously very appealing and having several players receive national attention is also exciting. The fact that the program is not solely focused on soccer but implements family aspects and academics is something that is very appealing too.”

Any player committing to play soccer at West Point knows that it comes with a much different implications than other schools.

That helped land a top midfielder from Florida in Justin Santos.

“Other than the fact that it will be an honor to serve my country, the opportunity to continue to play soccer at a high level and still be able to receive an education at one of the nation’s top institutions was something that I could not pass up,” he told TopDrawerSoccer.com.

Santos noticed a lot of parallels between his club and the style of play employed by Army’s soccer team.

“The team is very talented and coach [Russell] Payne and his staff are an extension of the excellent soccer coaching that I’m accustomed to at Weston FC,” he explained.

Picking DePaul, a local school for Sockers FC U18 captain Simon Megally, came down to locating a program that offered the right feeling.

I committed to play at DePaul because I felt most comfortable there and I love the coaching staff and players there,” he told TopDrawerSoccer.com.

Where a school is plays a big role as well, and not having to trek too far for school was another significant reason to pick DePaul.

“I love the location because it's not only in downtown Chicago, but it is very close to home and to have my family and friends be able to come to the games will be fantastic,” Megally said.

Midfielder Jack Ferguson (Tucson SA) committed to Cornell for the class of 2013.