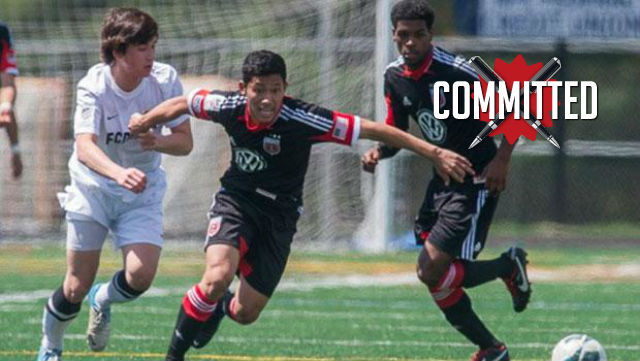 An attack-minded midfielder with pro aspirations, Jorge Calix is a classic No. 10 who operates in the engine room for the D.C. United U18s.

With six goals so far in the 2014-15 campaign, the Alexandria, Virginia native isn’t going too far from home for college, as he signed to play for Maryland starting in the fall. 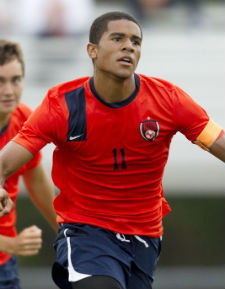 “[It’s a] very great program, great coaches, and the fact that they produce professional soccer players which is what we all dream of,” Calix said about the team.

A former U.S. U17 MNT Residency player, Calix has since gone on to represent the country of his parents’ origin, competing for Honduras U20s last year.

Playing at Maryland offered him the chance to not only pursue professional dreams, but to also stay close to home so it would be easy for friends and family to keep watching him play.

The Top 25 ranked recruit will be an asset to Sasho Cirvoski’s quality recruiting class, and Calix is eager to play in front of the program’s loyal fan base.

“I've been to their games, and their fans are great,” he said. “They show an excessive amount of love towards the soccer team. I just feel like this is the right place for me.”

A hard-working, attack-minded player, David Harris recently decided to sign his Letter of Intent to compete for a 2014 College Cup entrant not too far from home.

“I decided to commit to UMBC because it is such a great school.” Harris told TopDrawerSoccer.com. “They made it to the final four in the NCAA championship tournament for soccer and they also are a great academic school. They have my major in which I want to be a dental hygienist so everything works out.”

The coaching staff was a big draw to Harris, who met a friendly and knowledgeable staff during his recruiting search.

“Coach [Pete] Caringi, coach [Anthony] Adams, and coach [Dan] Louisignau all welcomed me with open arms when I visited the campus,” he said. “They obviously know what they're doing and I'll be grateful to be playing under them. Also the guys were great when I got to sit down with them during my visit.”

Harris is part of a six player signing class UMBC added for 2015.

Ambitions for the future helped guide Paxton Stratton to make his commitment to a Division II program in Mississippi.

“Delta State offered a great academic foundation for me to pursue a career in the medical field,” he told TopDrawerSoccer.com. “It also helped that during visits, it was apparent that the team has a great bond and a coaching staff that cares about the team as both students and athletes. The icing on the cake was the small town, small campus environment.”

The southern school might not be recognized as a soccer powerhouse to the casual observer, Stratton found a program that looks like it will be the right environment and the right challenge for him.

“It’s a great group of guys that train hard, are serious about soccer, and the coaching staff promotes European/possession style soccer,” he said.

A small university was another plus, as Delta State was the ideal size for Stratton.

“My brother went to a small school and I’ve had friends on the big campuses,” he said. “There is a real benefit to smaller classes where the Professors know you by name and understand your goals.