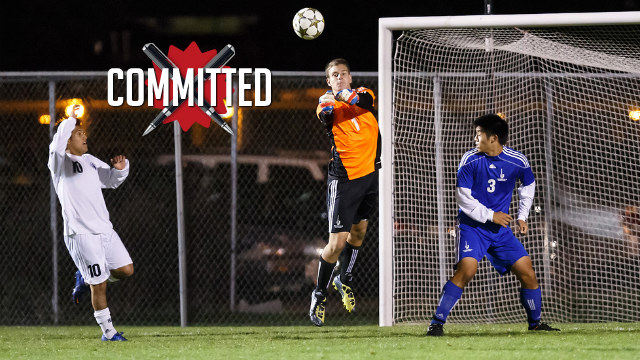 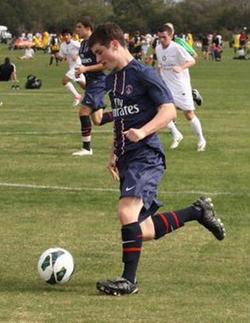 A consistent starter on a high-level Chicago Magic 18 side, Brian Kane is the latest talented prospect to make the commitment to a Georgetown program that is continually showing they were far from a one-hit wonder in 2012.

There were some obvious factors influencing Kane to make his commitment in the fall of 2013.

“The two main reasons I chose to go to Georgetown were academics and athletics,” he told TopDrawerSoccer.com. “When I looked at their academic program, I knew I would be receiving one of the best educations in the country. Next, I considered the soccer program. Georgetown has had several years of a successful soccer program headed by great coaches.”

Head coach Brian Wiese and the rest of his staff earned praise from Kane as well.

“What I liked most about the soccer program were the coaches and the players on the team,” he explained. “When I went and visited Georgetown I was able to meet both the players and the coaches; they were all great people.”

The school’s location was then icing on the cake.

“With Georgetown being in Washington D.C., it is a great opportunity to live and go to school in the nation’s capital,” Kane said. “The campus was attracting to me especially because it includes a brand new business school building, which is the field of study I wish to pursue.”

A big ‘keeper eager to come off the line and jump start transitions, Tyler Moore found plenty to like about Drake – the school’s academics, campus and soccer program all earned a mention.

“[Drake is a] school with a great academic reputation, that consistently battles for the Missouri Valley Conference title and an NCAA bid,” he told TopDrawerSoccer.com.

Moore also hit it off pretty quickly with the program’s head coach and his future teammates, and he’ll look to make an impact when he heads there this fall.

“[There is] something special about coach Sean Holmes, and a great group of guys on the team,” he said.

Midfielder Matthew Millard (Crew Soccer Academy) committed to Huntington for the class of 2014.

Midfielder Grayson Naquin (Sereno SC) committed to Army for the class of 2015.

Midfielder Patrick Kibler (Cape Coral SA) committed to Newberry for the class of 2014.

Forward Hunter Strine (FC Frederick) committed to Frostburg State for the class of 2014.

Defender Ian Faloye (Soccer Domain FC 09) committed to Lafayette for the class of 2014.

Defender Quentin Pearson (Colorado Rapids) committed to Washington for the class of 2015.

Midfielder Hunter Howard (Real Colorado) committed to Davidson for the class of 2014.