Boys Commitments: From Turkey to Tennessee Hard work and dedication are central to Yusuf Ozen both on and off the field, and it’s helped him on a roundabout journey that will take him to Memphis next year. 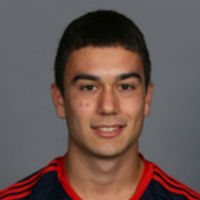 Originally from Turkey, Ozen moved to the Rochester, New York area with his family several years ago, where he steadily built a club career, eventually leading him to look south.

“I chose Memphis because the first step I took on campus it felt like home,” Ozen told TopDrawerSoccer.com. “The coaching staff was very professional with the whole recruiting process, not to mention they are great people who made me feel very welcome. The staff at Memphis has great knowledge of the game, which I know will help me succeed and prepare for the next level once I graduate. At Memphis the coaching staff has created an environment that allows us to become better everyday.”

The challenge to improve on a daily basis was a huge factor, and Ozen saw an opportunity to play for Richard Mulrooney, an MLS veteran who took over head coaching duties earlier in 2014, as the right step for him to take.

Mulrooney’s presence on staff was just one plus, as Ozen met goalkeeper coach, Remco De Jong, who played at Ajax and can help him improve his game.

“For me the coaching staff is one of the best not only in college soccer but in all levels of soccer in the USA,” Ozen said. “They also play in a great American Athletic Conference with teams like Connecticut, Temple, UCF, South Florida, Cincinnati.

Along with his background, Ozen brings international experience with him to the AAC program, having spent time training with clubs back in his native Turkey.

“Last winter, I was invited to train with Galatasaray S.K. academy which was a great experience for me,” he said. “This led to me being noticed by the U18 Turkish National team who have invited me into training camp this December. I have worked extremely hard to get to where I am right now, but I am focused on where I want to go in life and also with soccer. With this opportunity I plan to work even harder and achieve success in the college game while graduating with a first class education.”

Ozen is the second verbal commitment to Memphis for 2015.

A two-footed player with a high work rate, Bryant Nardizzi is an attacker who looks to put defenses under pressure.

The Revolution U18 forward, who is tied for second on his team in goals scored (four in 11 games) in the 2014-15 season, will head south for NC State in 2016, as he'll take a gap year after his 2015 graduation to play for New England's Academy.

“I decided to commit to NC State because it offered a great balance of athletics and academics,” Nardizzi told TopDrawerSoccer.com. “It is also a program that competes in the ACC, which is the most competitive conference in the country.”

Competing in that league was a big draw for Nardizzi with regards to the soccer program. During a summer camp, he experienced the team and coaching staff’s ambition firsthand.

“They are all dedicated to winning a national championship,” he said. “I also liked the soccer program because there's a real sense of unity and family within the group. Also, the coaches are extremely motivated to build this program into a national powerhouse and I want to help with that on the field.”

The opportunity to pursue a Sports Management degree also propelled him to pick the Raleigh program.