Boys Commitments: Help at the back 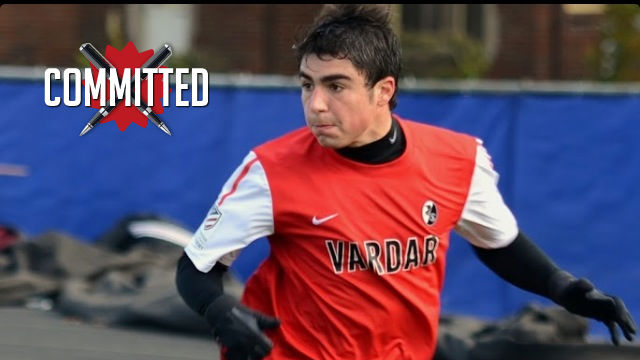 A hard-working and physical defender, JohnCarlos Roos came away with a positive impression of the George Mason soccer team.

“What I liked most about the soccer program was the dedication and winning mentality of the coaches and players,” Roos told TopDrawerSoccer.com.

As for the school itself, Roos found that there was plenty of things off the soccer field that made Mason an enticing college destination.

“The campus exudes school spirit,” he said. “I felt welcome from the moment I arrived. George Mason has a strong business program which I so look forward to only being a subway ride to Washington DC.” 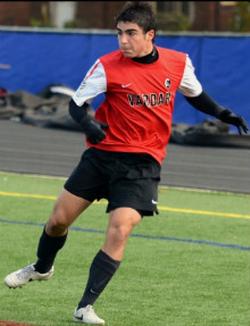 While on-the-field success has eluded LIU Brooklyn(m) in recent times, optimism was one of the traits that drew Cole Palmer to make his commitment to the New York City-based program.

“I decided on LIU Brooklyn because Coach [TJ] Kostecky runs a program keen on winning and getting back to their rich soccer tradition,” he told TopDrawerSoccer.com. “Also, New York City is amazing and the opportunity for me to study business there is unsurpassable.”

The possibility of playing from day one also caught Palmer’s attention.

“I was drawn to the LIU program because with two 5th year seniors graduating in 2014, I know that with hard work and the right mindset I have a good chance of playing a key role freshman year,” he said.

A versatile and durable defender, Sotirios Raphtis played in every single Dev. Academy game in the 2012-13 season, lining up at every spot along the back line.

That’s how he caught the attention of Colgate, jumping that the chance that came in front of him to commit to the Pennsylvania-based university.

The university’s tendency to provide all around support for its athletes was another positive factor.

“The soccer program preaches that their athletes will find success, not only on the field, but in the classroom as well,” he said. “They are also recruiting top players to add to an already successful program.”

Goalkeeper Shaun Quinn (Lehigh Valley United) committed to American for the class of 2014.

Forward Jon Lozano (Texas Premier) committed to McMurry for the class of 2013.

Forward Anthony Macchione (Portland Timbers Academy) committed to Akron for the class of 2014.