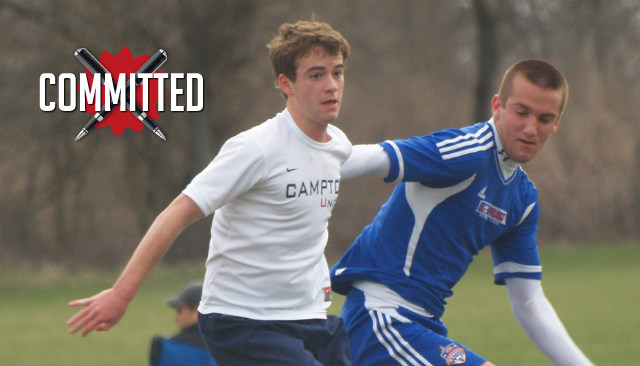 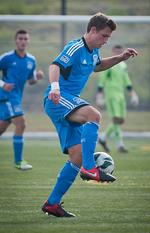 A soccer player with the chance to get educated at Yale shouldn’t take to long when considering the opportunity.

And it helped the program land the commitment of Earthquakes Academy midfielder Josh Totte for its class of 2014.

“I decided to commit to Yale because of the amazing academics offered and for the opportunity to join a soccer program on the rise, and be a part of a team and community bigger than myself,” he told TopDrawerSoccer.com. “Coach Tompkins and the entire staff's philosophy is one of the best in collegiate soccer, and I am extremely honored and excited to become a part of such a prestigious University and program.”

To little surprise, it was the academic opportunity that spurred Totte to make the decision to swap his California home for Connecticut.

“What I love about the school itself is the guarantee that if you put the work in, you will receive a fantastic education from one of the best schools in the world,” he said. “The student body is extremely active and there is a huge variety of people from all over enrolled at Yale.”

A resident of South Carolina, to say Tyler Rider is very familiar with his future college home is something of an understatement.

“I grew up in South Carolina and I felt it would be an honor to play for Clemson,” he told TopDrawerSoccer.com. “I have attended several camps at Clemson and have always loved the campus. When I visited this year, I realized how important tradition is for the soccer program as well as pride. I felt very comfortable with the coaching staff and loved how the players interacted with each other. The team made me feel very welcome – like a family away from home.”

It wasn’t just the proximity to home and familiar feeling that drew Rider to make the commitment, as the soccer program had plenty of offer both on the field and off the field.

“Clemson's facilities and the current renovations of their soccer stadium are incredible,” he said. “I feel that Clemson is truly the right fit for me as a player both athletically and academically. Clemson offers the course of study that I want to pursue and is close enough to home so my family, I am the oldest of five children, can come and see my games.”

Many aspects of a soccer program are evaluated by aspiring college recruits, with each looking for different things. During his search, Thomas Hull found plenty to like about SIUE.

“I watched a lot of video on them and really liked their style of play,” he told TopDrawerSoccer.com. “They love to possess the ball and connect all over the field. I also liked the goals that Coach Kalish and Coach Donnelly have set for the program.

“SIUE finished last year 13-7 and lost to Creighton in the MVC championship. They have put together a couple of great recruiting classes and I believe, as they do, that they can consistently challenge for the MVC championship, be a Top 25 program, and make some good runs in the NCAA tournament. I want to be a part of that.”

While doing his research and going on visits, the school’s support also was notable, in both the attendance and otherwise.

“I also really enjoyed the commitment the school and student body gives the soccer program,” Hull said. “They rank in the Top 25 in attendance at games and draw fans from the St. Louis area. Finally, the coaching staff and players made me feel very welcome during the recruiting process and I could myself as a part of their team.”

Midfielder Grant Lillard (Chicago Fire) committed to Indiana for the class of 2014.

Defender Eric Nuss (Revolution Emprie) committed to Cornell for the class of 2014.

Goalkeeper Philip Stair (Michigan Wolves) committed to Michigan State for the class of 2014.