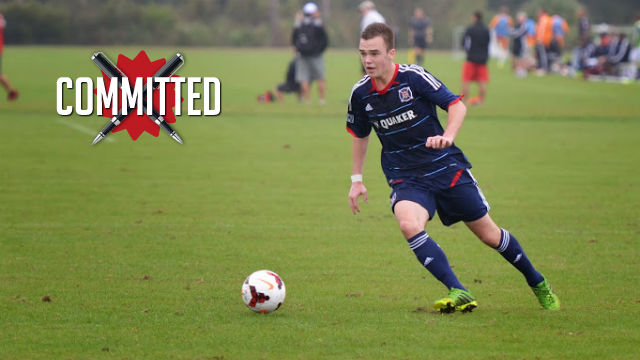 While it’s never a surprise to see Indiana land commitments from top programs in the Midwest, Chicago Fire left back had something of an added incentive to join IU. 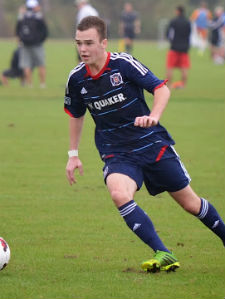 “Most of my family attended school there,” Gutman told TopDrawerSoccer.com. “All my life I knew I wanted to go to Indiana, and once I found out they had a soccer program I made it a goal of mine to play for them one day. Also, I wanted my parents to be able to come see me play during college and Indiana is close enough for them to attend my games. After I visited a couple of schools I realized that Indiana was the best fit for me.”

The program’s historic acclaim was simply an added bonus, as Gutman was eager to join the powerhouse.

“Being an eight time national championship program does not come easy,” he said. “The way they achieve this goal is by making everyone feel like family. When I went down for my visit the coaches stressed the importance of support, character, and family.”

Gutman plans on majoring in business and was likewise impressed with The Kelley School of Business. Head coach Todd Yeagley and the rest of staff ultimately made it a no-brainer.

“The coaches made me feel welcomed from the moment I stepped on campus,” he said. “The way the coaches act both on and off the field made me feel like they do care about my success, not only in soccer but in the classroom. When I met the current players they welcomed me immediately and because all of this I knew this is where I wanted to play my college soccer.”

Gutman joins Austin Panchot and Rece Buckmaster as verbal commitments for the class of 2015.

When he visited Furman, defender Kyle McLagan was easily able to see himself on the field and on campus.

There wasn’t anything he didn’t like about the school, from the soccer program to the academic opportunities there.

“The soccer program at Furman is obviously a very prestigious one, and this intrigued me enough to look into it,” McLagan told TopDrawerSoccer.com “When I then took some steps in the direction of Furman I found a great group of people, I like all the coaches and the players. Furman also has a beautiful field and facilities, that didn't hurt the decision.”

It was clear that there wasn’t a single doubt in his mind that Furman was the place for him.

“I knew that Furman University was where I wanted to spend my next few years as a student and a player,” he said. “I am looking forward to joining the Furman family come next fall.”

McLagan is part of a six-player recruiting class for 2014.

Goalkeeper Jake Deuel (Cutler Ridge SC) committed to Emory for the class of 2014.

Midfielder Kyle Stettenbauer (PA Classics) committed to Lycoming for the class of 2014.

Defender Callen Wendler (PA Classics) committed to Hobart for the class of 2014.

Defender Thomas Ziemer (Atletico Santa Rosa) committed to California for the class of 2015.

Midfielder Jacob Rosen committed to Schoolcraft College for the class of 2015.