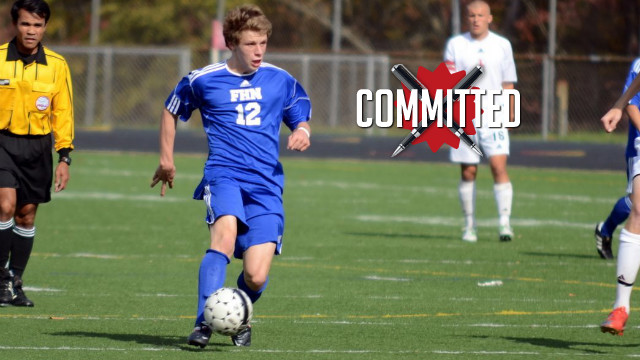 It didn’t take much to convince Brad Dunwell to make his commitment to Wake Forest. From the start of his college search, it was very high on his list. 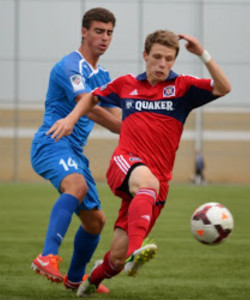 “I was very interested in Wake Forest before I even got in touch with the coaching staff,” he told TopDrawerSoccer.com. “After visiting Wake Forest, I could easily see myself becoming a part of their soccer program. I really like the style of play at Wake Forest and I feel it fits me very well.”

A team known for its playing style under Jay Vidovich, the Demon Deacons were an idea fit for the Chicago Fire Academy midfielder from that perspective.

“They are a team that can knock the ball around very well and that stood out to me,” Dunwell said. “I had the chance to watch Wake Forest in a training environment and I really liked the session put on by Coach Vidovich. The session was very sharp and professional so I look forward to working with him as well as Coach Martin and Coach Brenner.”

Plenty of other aspects about the school off the field sealed the deal for the Michigan native.

“The facilities at Wake Forest are very impressive and the ACC is a conference that has always interested me,” Dunwell said. “As for the school itself, I particularly like the small class sizes, the options across many programs of study, and the beautiful campus. I considered many other schools but I am confident in my decision to become a Demon Deacon and I hope I can contribute to their success both in the ACC and the NCAA tournament.”

An attacker for the Virginia Rush, James Ellis is off to a hot start in the Development Academy, with two goals in his first three games so far.

He also has his college sorted after committing to the rising Richmond program.

“The coaches and players at VCU definitely played the biggest part of my commitment, they welcomed me and I honestly felt at home at VCU,” he told TopDrawerSoccer.com. “I also liked VCU's playing style and I believe that it suits me perfect.”

Distance was also a strong factor, as he won’t have to stray to far from his native Southeast Virginia.

“VCU also happens to be two hours away, which isn’t too close to home, but it's also not very far away,” Ellis explained. “Furthermore I really liked VCU's campus and its location was a great fit for me.”

Staying in state was a byproduct of Matt Gianfortone locating the right criteria at UNC Wilmington.

"In looking for a college, it was important to get a great education and to play the sport I love, that to me was the winning combination,” Gianfortone told TopDrawerSoccer.com.

The program was his first choice from the start of his college search, and everything simply fell into place from there.

“It all came together when I decided to head to UNCW's summer camp, met the coaches, the team and spending time on the campus confirmed what I already knew, that I wanted to be a Seahawk,” Gianfortone said. “My goal will be to continue to work hard and grow as player. I am extremely excited to become part of the UNCW family."

Goalkeeper Connor Behrend (Concorde Fire SC) committed to Presbyterian for the class of 2014.

Goalkeeper Hunter Harrison (Dallas Texans) committed to Oregon State for the class of 2014.