Boys Commitments: Left back of the future 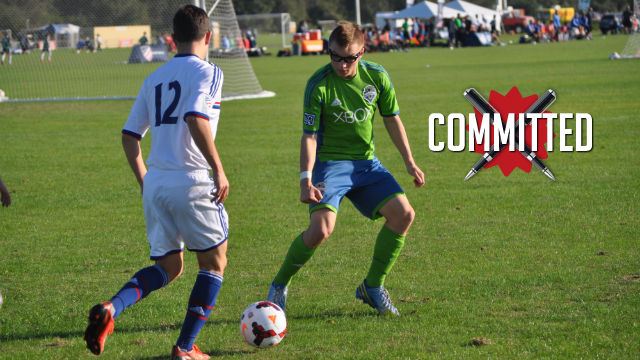 Every good soccer team needs a quality left back.

In Kees Westra, Marquette believes they have a future player to fill that role. The Sounders Academy prospect sees the program as a great fit for him in terms of the style of play in particular – one of many reasons to make his commitment. 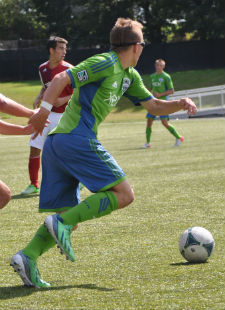 “The strength and direction of the soccer program under Coach [Louis] Bennett, the importance of academics at Marquette, the academic support program for their athletes, and the location of the campus inside the heart of Milwaukee all drew me to select Marquette,” Westra told TopDrawerSoccer.com. “Additionally, Marquette presents me with an excellent opportunity to play in a strong soccer conference like the Big East.”

Along with the style of play, it was clear that the coaching staff made a strong impression on Westra.

“I immediately felt comfortable with the coaches and players as coaches Bennett, [Steve] Bode and [Marcelo] Santos have such great enthusiasm for all aspects of the game; the players show that same enthusiasm and desire,” Westra explained. “The coaching staff and players have their sights set high and I feel being part of this program will allow me to develop and attain my goals as both a player and a person.”

Westra is the first reported commitment to Marquette for 2015.

Marcel Berry is versatile enough that he can play anywhere on the field – except maybe in goal.

A player with a blend of speed and technical ability, CAA program William Mary stood out to him for a variety of reasons.

“I am impressed by Coach Norris and I think he can help me improve as a player,” Berry told TopDrawerSoccer.com. “I had very nice visits and the players seemed like they are very close and have very good chemistry with each other. Team chemistry is important and I want to contribute to the team."

Academics played a role as well, as Berry jumped at the chance to go to the highly rated school. He also took a liking to the campus itself.

“The size of William & Mary is an aspect I like because you can get to know other students on campus,” Berry said.

Berry is the second reported commitment to the Virginia school for 2015.

One of his next stop’s on the list will now be Wilmington, N.C., after making his commitment to UNC Wilmington for 2015.

The co-captain on the Railhawks’ U16 Dev. Academy squad, a pair of positive experiences convinced him to pick the in state program.

“I was invited to visit the UNC-W campus in fall 2013 and again this spring to spend time with the coaches, the team, tour the campus and talk to an academic advisor,” Day told TopDrawerSoccer.com. “When I visited UNC-W, they wanted to make sure that I gained the full experience of what it would be like to be part of the UNC-W community, and part of the Seahawks family. During these visits, I gained the level of knowledge and comfort that every player wants when they are making this very important decision.”

Day is the second reported commitment to UNC Wilmington for the class of 2015.

Goalkeeper Marcel DaSilva (Shattuck St. Mary’s) committed to Tulsa for the class of 2015.

Midfielder Kevin Bendesky (Continental FC Delco) committed to Yale for the class of 2015.

Forward Nebojsa Popovic (Vardar) committed to Saint Louis for the class of 2015.