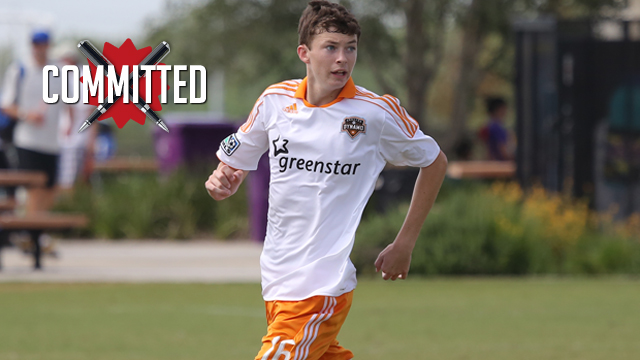 Back in November, Matthew Dorsey told TopDrawerSoccer.com that he did not have a dream school as he explained his path during the recruiting process. 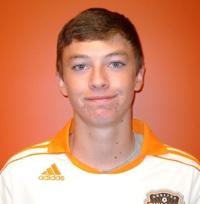 Well, it turns out that New Mexico was his dream school as the Lobos had everything the Dynamo Academy defender could want from his collegiate destination.

“After visiting UNM on an unofficial visit, I walked away wanting to commit to New Mexico,” Dorsey told TopDrawerSoccer.com. “I loved the facilities, the coaches, and the team. I feel that I will be surrounded by like-minded players who love soccer and are genuinely good guys that are vey down to earth and without any egos.”

Dorsey went onto compare the environment at New Mexico to the one in Houston where he currently trains and plays.

“All the players are working hard and working for each other putting the team first,” he said. “It was just the type of environment that I was looking for.”

New Mexico won out on the hotly contested race for Dorsey’s verbal commitment as the skillful defender had interest from a number of schools.

“I was fortunate enough to have a lot of interest in me as a player,” he said. “So I decided to narrow my search down to my top Ivy League schools (Brown and Princeton, my top small private schools (Georgetown and Wake Forest, and my top large universities (Maryland, Washington, and New Mexico).”

Dorsey said that the large schools appealed to him more and New Mexico stood out from the rest. With the Lobos, he will play under the guidance of head coach Jeremy Fishbein, who was a major part of why Dorsey picked the program.

“I truly believe the coaches there will push me to become the best I can be both athletically and academically and the city offers tremendous support of the team. I’m very excited to become a Lobo.”

With his diverse skill set, the Dynamo player could fill a multitude of roles on the field, but Fishbein recruited him for the center back spot.

“Coach Fishbein is bringing me into the program as a center back. He has said that he might possibly use me in a central midfield position, but the primary reason I was recruited was for the center back position.

“I told him I was willing to play any position that he needs to play. I love the game and I love competing, I just want to be on the field playing whatever role the team needs.”

Dorsey is the first commit from the 2014 class for New Mexico.

Bucknell’s central PA location offers up plenty aesthetically, with the campus tucked into the middle of sprawling green countryside.

Midfielder Jack Zollicoffer will take his talents to the Division I program and its backdrop after finding the right fit on campus.

“I chose to commit to Bucknell because of the academic standard they have there as well as the winning mentality that Coach [Brendan] Nash and the staff bring,” he told TopDrawerSoccer.com. “I also felt it was a good balance between soccer and school. Coach Nash expects nothing less than for us to win the Patriot League each year.”

There was plenty for Zollicoffer to like about the school’s soccer program as well.

“I like the style of play, the history of winning, and the mentality that the coaches and the players bring to practice, games, and off the field activities,” he said. “Also, I get the feeling that Coach Nash and the other coaches care about their players as young men and want to help guide them on and off the field.”

Midfielder Brian Iloski (LA Galaxy) signed his National Letter of Intent for UCLA for the class of 2013.

Defender Karl Brown (Olney BGC - Rangers) committed to Colgate for the class of 2014.

Defender Andre Rivers-Hardware committed to Saint Louis for the class of 2014.

Defender Bruno Scodari (Olney BGC - Rangers) committed to Colgate for the class of 2014.

Defender Joe Rodriguez (Matchfit Academy) committed to Drexel for the class of 2014.

Defender Carter Manley (Olney BGC - Rangers) committed to Duke for the class of 2014.

Defender Matias Fracchia (NJSA 04) committed to NC State for the class of 2014.

Midfielder Noah Snyder (Lehigh Valley United) committed to Duke for the class of 2014.