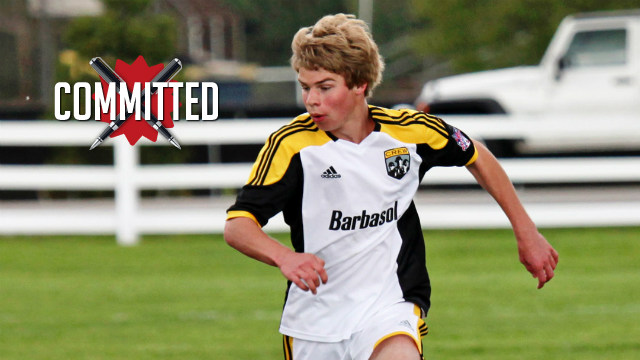 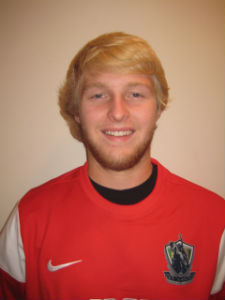 His addition is certain to help the Patriot League program turn around the results on the field, and it played a decisive role in NYRB GK Nicholas Giordano’s commitment.

“The coaching staff at Loyola is phenomenal,” he told TopDrawerSoccer.com. “Coach Nichols has brought success to every team he has coached and I extremely confident he will do the same at Loyola. He only took over as coach about a half a year ago and you can already see the impression he is making on the team. Coach Marchiano, Coach Pasquinelli and Coach Dwyer are all great coaches who work well with the team.”

Nichols’s presence on the team wasn’t Giordano’s only reason for a commitment, as he feels like he can strive on and off the field.

“I chose Loyola because I feel it is a place where I can strive academically and athletically,” he said. “I felt at home as soon as I first stepped onto the campus. The buildings and the quad were beautiful. Loyola has a very strong academic reputation that I would love to become apart of.”

Last but not least, the NYRB Academy netminder is hopeful of being a part of the team’s future accomplishments on the field.

“Coach Nichols has a true vision for the team’s success and I am determined to help him achieve it,” Giordano said.

Giordano is the third verbal commitment to join Loyola (MD) in the fall of 2015.

An outside back who likes to be involved in the attack, Creaghan Diekema’s college commitment to SIUE(m) derived from a variety of factors both on and off the field.

“I chose SIUE after my unofficial weekend visit,” he told TopDrawerSoccer.com. “There are great facilities for the majors I am interested in and the campus is beautiful.

The emphasis on the academic side of things at SIUE was another important factor as the athletic department makes a strong push for their student-athletes to graduate.

Diekema is also looking forward to learning more and growing as a player under the SIUE coaches.

“I loved the coaching staff and the players I met,” he said. “Coach Korn and Coach Gyllenborg are both great coaches who care about their players’ development on and off the soccer field.”

For Brock Tober, SIUE(m) was the complete package he was looking for in a college.

“It is a beautiful campus with good academics, quality D1 soccer, and my family will be able to attend the home games since it is not far from my hometown,” Tober told TopDrawerSoccer.com.

Tober is a left-footed striker who, like millions of others around the planet, carries a strong admiration for the genius of Leo Messi.

SIUE(m)’s recent coaching change came during his recruiting process, but it wasn’t a major concern.

“I like all the coaches I have talked to at SIUE and Coach Korn is no different,” Tober said. “I have gotten closer to both Coach Korn and Coach Gyllenborg over the past few months.”

Midfielder Nicholas Jaimes (Sporting Kansas City) committed to Army(m) for the class of 2015.

Midfielder Jack Miler (Minnesota Thunder Academy) committed to Harvard(m) for the class of 2015.

Goalkeeper Clay Thomas (Bethesda-Olney) committed to Vermont for the class of 2015.

Midfielder Jeffrey Rosenberg (Bethesda-Olney) committed to Colby for the class of 2015.

Forward Jelani Pieters (Sockers FC) committed to North Carolina(m) for the class of 2015.