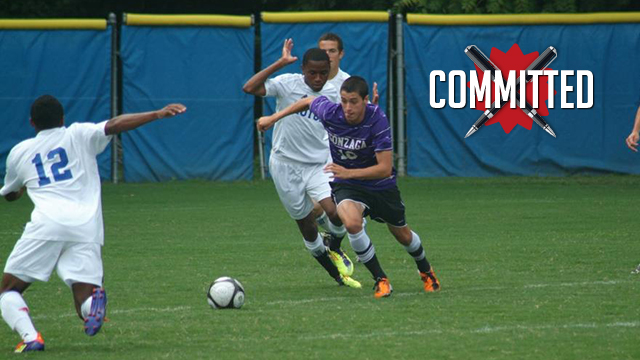 In this week’s look at Boys commitments, a former U.S. Residency Program member picks an ACC school, plus two California kids decide to stay in state. 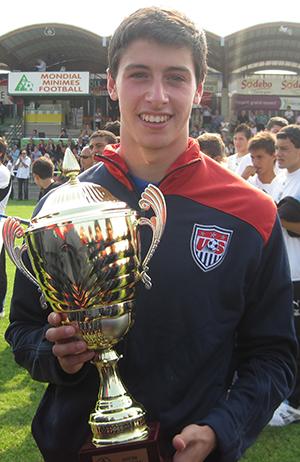 A former member of the U.S. U17 Men’s National Team Residency program in Florida, Nicko Corriveau decided he’d found the right blend when he committed to Virginia.

“I chose UVA because of the outstanding academics, the tradition of the soccer program, and the bright future Coach [George] Gelnovatch has put together for the team,” Corriveau wrote TopDrawerSoccer.com in an email. “I think it is the best mix of an academically challenging environment with an outstanding athletic program for all sports but particularly soccer.”

Corriveau also noted that the players who have come before him helped influence his decision.
“I think the history of the program did contribute greatly to the appeal of the school,” he said. “To see that players like John Harkes and Claudio Reyna went there and then proceeded to have successful careers in the English Premier League just proves to you that you are in an excellent environment and one that prepares you to exceed at the next level.”

Then of course, there’s the lure of playing in the ACC, something many elite soccer players dream of, and something that was certainly on his mind.

“The competition will be really good and I know lots of kids committing to other ACC schools so I am really looking forward to playing against them and I think the league is getting even stronger,” he said.

There are plenty of superlatives that could describe Jose Garcia’s magnificence on a soccer field, but the most important attribute for the midfielder is his ability to make his teammates better.

The 16-year-old has contributed dozens of assists, which is not an officially tracked statistic by the league, during his two seasons in the USSF Development Academy with Arsenal FC U16.

He hasn’t been shy about taking the chance on his own either. Garcia has notched 26 goals in 52 games in Development Academy play.
His influence on the game has drawn the eye of many college coaches especially in the Southern California region, but it was one up the coast that nabbed Garcia’s verbal commitment.

“What drew me to Cal was the coaches and the staff, they are amazing people and care about their players,” Garcia told TopDrawerSoccer.com. “I decided Cal was the perfect fit for me because I play my best soccer when I feel comfortable with the coaches. [Cal head] coach [Kevin] Grimes is an amazing coach who helps you improve and become a better player.”

Garcia joins Trevor Long and Christian Thierjung as the verbal commitments for Cal’s 2013 class so far.

Cal Poly fit the bill for Joseph Bolous. The striker from Northern California said the Central Coast school has pretty much everything he was looking for in college.

“From an academic standpoint, they are great,” Bolous told TopDrawerSoccer.com about the Mustangs. “They have a well known engineering program, which is very important to me, being that it is the field I want to pursue.

“Next, after watching them play, I feel like their style of play is similar to that of my current team. They try to play, and that was an important factor in my decision.”

The forward, who scored 14 goals in two seasons in the Development Academy, added that even the location was a great fit for him.

“I am a California kid, and knew I would be happiest if I kept it that.”

He revealed that he has narrowed his choice down to Cal, Santa Clara, and St. Mary’s(CA) before ultimately deciding on joining coach Paul Holocher and his staff in San Luis Obispo.