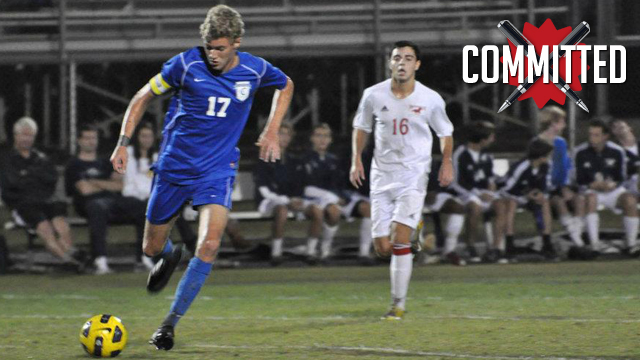 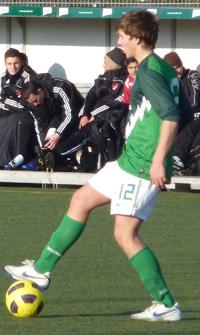 Foreign players coming to the United States to play collegiate soccer is nothing new, and in 2012 Falk Siegel, a defender from Germany, is set to join the ranks.

Choosing from a number of options, a variety of factors finally influenced his decision to join NJIT this fall.

“I had different other options than NJIT but I decided to go there because I can combine studying and playing soccer on a good level very good,” he wrote in an email to TopDrawerSoccer.com. “Also the personal talks to assistant coach [Didier] Orellana convinced me to go to NJIT. And of course being so close to such an impressive city like New York City isn't a chance you always get.”

It was a friend from home that tipped Siegel off to the chance of coming to the USA and playing college soccer.

“I found about the opportunity to go the USA because a friend of mine went to a college in Atlanta last year and he just told me really good things,” Siegel said. “In general I think there is a trend in Germany that (young) players seek the chance to play college soccer.”

It does not take much to convince players that Stanford is a good place to be.

With the picturesque campus, the academic reputation, and the chance to play in one of the best leagues in the country, the Cardinal program has it all.

Now, with one of the hottest names in college soccer leading the program, Jeremy Gunn, some top players are lining up for a chance to head to Palo Alto.

Michael Griswold is one of the latest to give his word to coach Gunn and his staff.

“Stanford has a stunningly beautiful campus, delightful weather, phenomenal professors, an up-and-coming soccer program, and has an international reputation for excellence,” Griswold told TopDrawerSoccer.com. “These are just some of the many reasons why I chose Stanford, but the most significant motive that I had was to fulfill my aspirations and ambitions, and I believe that Stanford will help me achieve my goals.”

The defender had narrowed his list down to Princeton, California, and Harvard, before committing to Stanford.

“I am relieved that it is over, but at the same time very excited for the opportunity to be a Cardinal.”

Staying close to the northeast was a high priority for Zach Bialik, and in the end, he decided to not even leave the state.

One of the biggest factors in choosing Rutgers was the number of familiar faces he’ll know who already made that decision.

“Rutgers is close to home and most of the other Rutgers commits are players that I have been playing with for my entire youth soccer career,” Bialik told TopDrawerSoccer.com. “It will be exciting playing for Rutgers with many past teammates from Matchfit Chelsea and PDA.

"My recruiting process was influenced by several factors. I wanted a good academic university as well as a highly competitive soccer program. Other colleges I was considering were St. Johns, University of Cincinnati, Harvard, and Cornell. After leaving PDA, I joined Match Fit Chelsea where I met my head coach who was also the assistant coach at Rutgers. This initiated my early recruiting process by Rutgers."

Bialik made the decision over other schools, including Harvard and Cornell. The Big East as an obvious lure, but it wasn’t an easy choice to make.

“I ended up deciding that if I were to play in the Big East, I wanted to play for my resident state of New Jersey,” he said. “The decision to play for Rutgers or an Ivy League school was difficult to make but I ended up committing to Rutgers due to the great coaching staff and the exceptional athletic facilities at Rutgers University.”

The rising Georgetown program in Washington, D.C. is slowly building something special.

And it was just that trait that helped the Hoyas land another recruit in the fall of 2013, as Charlotte center back Jared Odenbeck decided he’d like to be a part of it.

“I chose Georgetown because I think that the program will really explode over the next couple of years,” Odenbeck wrote TopDrawerSoccer.com. “The incoming 2012 recruiting class is one of the best in the country, and that will only help the talent they already have.”

The defender also praised what head coach Brian Wiese has been doing there along with the rest of the staff.

“They are really knowledgeable about the game, and the style of play that they have in mind lines up with how I like to play,” he said. “Georgetown's academic reputation also made it easier for me to make my decision.”

The lure of a rising program also gave Odenbeck the indication he might be able to step in and contribute sooner rather then later – not to mention a number of facility upgrades they are making in D.C.

“I wanted to go somewhere where I felt I could make an immediate impact but also step into a great team of players that is already at a high level,” he said. “Additionally, they are just finishing up a renovation to North Kehoe Field, and are also putting in new locker rooms and a film room.”