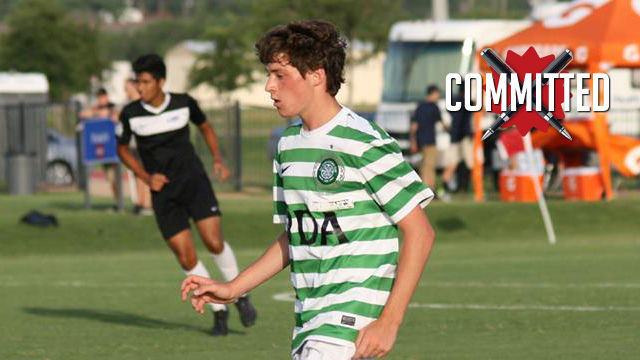 A smart and technical player, Northeastern drew Christopher Scian’s attention thanks to a promising program that is one the rise under head coach Brian Ainscough. 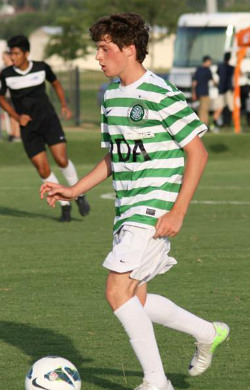 “I decided to commit to NU because of the great coaching staff, great academics, and loved the direction the team is going in,” Scian told TopDrawerSoccer.com. “I wanted to compete at the highest level and I feel NU will be the place to do so.”

The school’s location and academic programs also intrigued him.

“Being in the city of Boston opens up many opportunities during my college years as well as possible future plans,” he said. “The co-op program that NU offers is very unique and can really help me enjoy my college experience.”

Last season, the team put together a strong campaign in the Colonial Athletic Association, qualifying for the NCAA Tournament. Being part of a winning team was another reason why Scian made his commitment to the school.

“The soccer program is coming off an extremely good season and with the coaches and players they have I feel things can only get better,” he said. “I want to be a part of a winning program, while playing good soccer at the same time.”

Scian opted for Northeastern over other schools including some of the Ivy League programs and schools like Lehigh, Old Dominion, and Providence.

A hard-working defender, Brandon Moore’s commitment to Dayton was strongly fueled by the opportunities he saw for himself in the classroom.

“The education I will be receiving from the school will be one of the best in the nation,” he told TopDrawerSoccer.com. “I feel very honored to have the opportunity to obtain my degree at Dayton. For a small university they have a strong sense of community and a strong alumni connection because of the great experience they had there.  I think that tells the best story about life as a Dayton Flyer.  I expect that I will share that same excitement as a student.”

Dayton’s soccer team obviously factored into the decision as well. The Atlantic 10 program has improved steadily under head coach Dennis Currier and Moore is optimistic he’ll be a part of a winning team starting next fall.

“The coaches have a vision for the program and clear expectations for the team as well as each player,” he said. “The soccer program is all about full commitment to the sport with the combination of hard work, a positive attitude and a strong competitive spirit. I believe in these core values and plan on using them to become a better player and leader.”

Defender Allen Wang (Crew Soccer Academy) committed to Yale for the class of 2014.

Midfielder Christian Segovia (LA Galaxy) committed to California for the class of 2015.