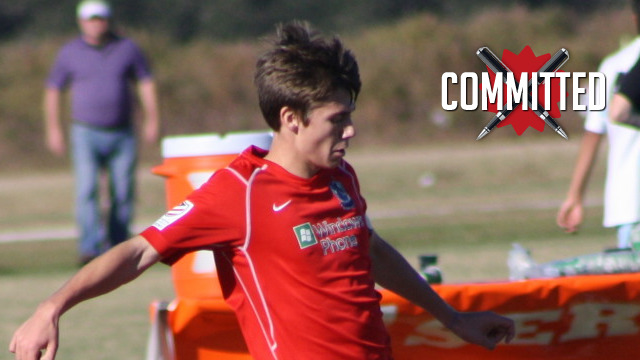 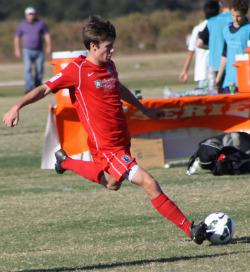 A program that is very much on the rise in the Missouri Valley Conference, SIUE added another player to its 2014 recruiting class with the verbal commitment of Ramsey.

Along with finding a fit in terms of playing style, and taking a liking to head coach Kevin Kalish, Ramsey liked that the school wasn’t too far from home.

“It was important to me that my family could see my games,” he told TopDrawerSoccer.com.

A center back from Kentucky, Chris Shuck was another recruit drawn to a particular program by the way the team tries to play.

“I decided that the University Of Evansville was the place for me because of their style of play,” he told TopDrawerSoccer.com.

That particular style also reminded him of his club team, River City Rovers, and he also saw that the Purple Aces are also trying to improve each other with feedback on the field.

And while Shuck did find it a bit more difficult in the recruiting process while playing outside the Development Academy, he ended up finding a school the appropriate distance away.

“It’s not that far away from home but far enough to be where I’m on my own,” he said.

Defender Benjamin Geisler (Revolution Empire) committed to Colgate for the class of 2014.

Goalkeeper German Burgos committed to Kean University for the class of 2013.

Forward Thomas Parides (Andromeda SC) committed to Army for the class of 2014.

Defender Luka Martinovic (Albertson SC) committed to Penn for the class of 2014.