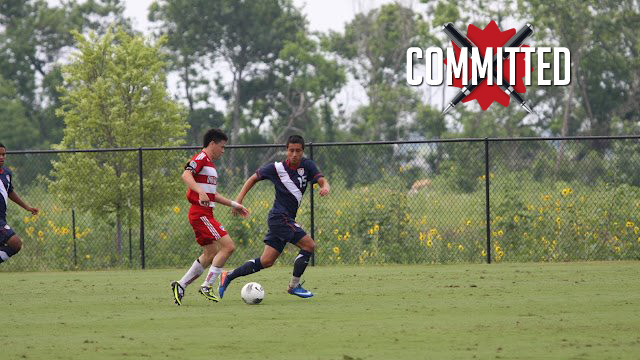 The Pac-12, as a conference, has not lived up to the billing as a powerhouse of college soccer in terms of postseason success recently. Perhaps new recruits will help change that, as Stanford and UCLA have been loading up on highly regarded talent for the class of 2014.

Jeremy Gunn has not wasted much time in securing a top class for Stanford during his first full recruiting season in charge of the Cardinal. Gunn already landed Corey Baird (#5 from the class of 2014), but Baird was not the first piece of the puzzle for Gunn. 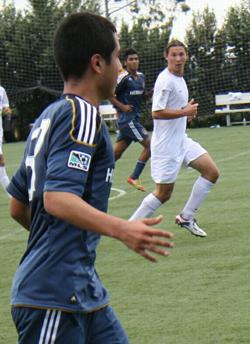 “Stanford is one of the greatest universities in the world,” Miranda told TopDrawerSoccer.com last week. “I wanted a great education in what I knew my life would be set, but I wanted a great soccer program too. Stanford was just the place.”

Miranda also cited the rich history of alums from the Northern California school as to why he committed to the Pac-12 program.

Naturally, it was Gunn’s sense of humor and his trip to campus that really sealed the deal though.

“What really locked in my belief that I belonged there was the overall atmosphere of physically being there, it was just surreal,” Miranda said. “The coaches were amiable and kind, which is need in one’s everyday life.”

The Galaxy Academy defender, who previously played for Real So Cal, also considered California, Princeton, and UCLA before making his decision to give his verbal commitment to Stanford.

Miranda joins Tomas Hilliard-Arce, Alex Ainscough, Sam Werner, and Baird as part of the 2014 class for the Cardinal.

The shadow of UCLA soccer extends far and wide, but it is darkest in Southern California where the Bruins have continuously turned local products into future professionals.

The history and pedigree of the program is not lost on the next class of talent either, as UCLA has already landed commitments from three players in the IMG Academy Top 20 from the class of 2014.

LA Galaxy U16 leading scorer Christian Chavez joined that list last week when he gave his verbal commitment to the Bruins coaching staff.

“UCLA has always been a dream school to me,” Chavez told TopDrawerSoccer.com. “The atmosphere there is beautiful and phenomenal, I love the campus.”

The Bruins were not the only West Coast program that came calling for Chavez. The striker said that UC Santa Barbara and San Diego State expressed interested in him as well.

However, it was UCLA’s recruiting race to lose when it came to Chavez.

“UCLA caught my eye,” he said. “The soccer there is great and played with such class. I felt that their playing style fit me.”

A team captain on a very good Orlando City U16 squad, Johnny Nartowicz is a strong two-way central midfielder who can contribute on both sides of the ball.

He’ll look to continue that success at the 2011 College Cup finalists.

“I decided to commit to Charlotte because as soon as I got on campus, I knew it was the school for me,” he told TopDrawerSoccer.com. “I really like the coaches, and it appears to me that they coach a style that I am familiar and comfortable with. I knew I wanted to attend a top 25 soccer program and Charlotte met that goal.”

Along with meeting a couple of his personal goals, Nartowicz also observed that the way his club team likes to play is similar to his future team, another significant factor.

“After watching Charlotte play, I noticed their style of play is similar to the style that my academy team plays therefore I believe my transition from Orlando City to Charlotte will be a smooth one,” he said. “The atmosphere within the soccer program appears very professional. The coaching staff has really looked out for me and I am looking forward to competing and working hard for their program.”

Midfielder Brennan Branca (Beachside SC) committed to Columbia for the class of 2013.

Midfielder Brian White (PDA) committed to Duke for the class of 2014.