After months of talking to several coaches, and a college road trip over Thanksgiving to visit Wake Forest, North Carolina, Charlotte and Furman, Kristoffer Reaves decided he was destined to be a Demon Deacon.

The entire family had visited Wake Forest in 2010 and Kris fell in love with the beautiful campus then.

“But meeting the coaches and watching their game video resonated the style of soccer I wanted to play,” he told TopDrawerSoccer.com.

Getting the chance to meet with head coach Jay Vidovich in person also made a huge difference in Reaves picking Wake Forest. It came down to him trusting Vidovich that he will take care of his development both academically and athletically. 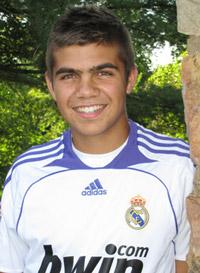 “It also helps that Wake is only a few driving hours away from my home,” Reaves said.

This August, after starting his elite youth soccer career down in Georgia, the attacking outside back moved to Frisco to play with FC Dallas’ U18s in the Development Academy. He’s continued to grow and develop there, and was also selected to play in the U18 Select match* at the recent Academy Showcase in Florida.

An outside back in the Development Academy, Nicholas Sailor jumped at the opportunity to verbally commit to Providence.

“On the soccer side of things, Providence College men’s soccer is a well-respected program playing in arguably the toughest conference in the country. I feel like I would be a great addition to the program and would provide a spark wherever I am needed.”

Soccer was far from the only lure, of course, as Sailor was impressed by the school’s location, and the educational opportunities he will have an offer when he begins his collegiate career in 2013.

“Providence College’s beautiful campus and the strong humanities program were major highlights in my decision,” he said. “My family and I are very excited and hopeful for my next four years at Providence, as it will be a great blessing to my whole family and myself.”

Staying local seemed like a no-brainer for Luc Fatton when he had the chance to commit to Virginia.

“Once UVA made me the offer, it seemed like the logical choice for me,” he told TopDrawerSoccer.com. “As a Charlottesville native, I have grown up watching games at Klockner Stadium and am excited to actually have the opportunity to play there.”

Deciding to play at UVA was more than just staying close to home of course, as Fatton is excited about the high-level soccer program on offer.

“The facilities are great and the program is continually competing for a national championship,” he said. “The level of play and the coaching staff, headed by Coach [George} Gelnovatch, is top notch. I know that playing at UVA will give me a chance to make it to the next level. Moreover, I was attracted to UVA because of its excellent academic environment. It's an ideal place to be a student-athlete.”

Staying close to home and committing to Drake was a fairly straight forward choice for Matt Bernard.

“[The school has] excellent academics, a competitive soccer team, and a great coach (Coach Sean Holmes),” he told TopDrawerSoccer.com. “Missouri Valley Conference is a competitive conference, and Drake's a good soccer team every year.”

Goalkeeper Kyle Gress from BGFC, committed to Marquette for the class of 2013.