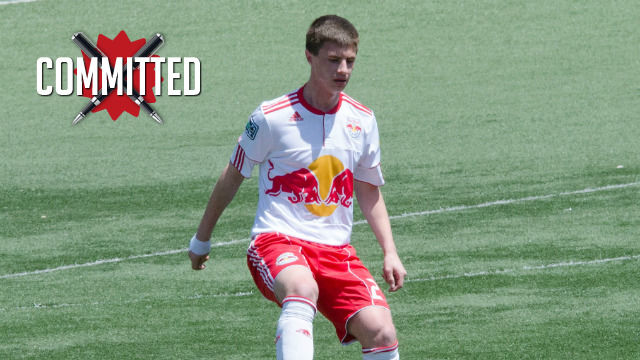 While the current U.S. U17 Men’s National Team cycle has now ended, the wait begins to see where some of U.S. Soccer’s finest players end up.

Many will go the college route, and New York Red Bulls Academy defender Kevin Politz recently made his pick for his next stop.

“In the end, Wake Forest offered everything that myself and my parents were looking for in a college: attending a highly ranked undergraduate business school program and being given the opportunity to participate in a top soccer program that is nationally recognized for both its competiveness and elegant style of play,” he told TopDrawerSoccer.com. 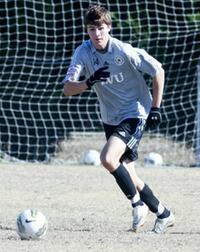 The similarities between his Red Bulls squad and the style of play employed by the Demon Deacons certainly caught Politz’s eye, helping him make the decision.

“After watching multiple training sessions and games, it became quite clear that the style of play at Wake Forest was most similar to what I love at the New York Red Bulls,” Politz said. “Coach [Jay] Vidovich and the rest of the coaching staff show great commitment to the program, as well as helping me to meet my goal of hopefully playing professionally some day. Further, Spry Stadium is such an excellent venue to play soccer at and the local fan base is so strong.”

Of course, the strong academics didn’t hurt his chances.

“After visiting multiple colleges, I tended towards those with smaller enrollments,” Politz said. “The smaller classroom sizes and personal teacher attention, along with a brand new business school building opening up this summer, helped make the academic decision even easier.”

The small school from New York continues to add players for its 2014 class, as Brown became the latest to commit to the Colgate program.

“I decided to commit to Colgate because it's an amazing school with a soccer team headed in the right direction,” Brown told TopDrawerSoccer.com. “I loved how friendly and open the players and the staff were. They showed me how great of an environment Colgate is to succeed as both a student and an athlete.”

Head coach Erik Ronning and the rest of his staff are surely doing something right, pulling another recruit from the vaunted OBGC Rangers team that will join the Development Academy this fall.

Like other recent commits, Brown is optimistic things are trending upwards on the field.

“The Colgate soccer program is making a transition into a great one,” he said. “Although the program has had success in the past couple of years, they are bringing in some new recruiting classes that can really amount to continued success. In addition, Colgate has a great playing environment and amazing facilities that will help the program to grow further.”

A tall but technical player, Patrick Berneski can play in either a holding midfielder role or along the back line – which is where he’ll continue to play in a Fighting Irish jersey.

Considering the program’s pedigree and history, it didn’t seem like too difficult of a choice for the Pennsylvania native to make.

“In the end, it was the combination of academics and athletics,” Berneski told TopDrawerSoccer.com. “I was looking for a school that was very strong academically and also somewhere I could compete at the highest level. I want to major in engineering with a business minor. Notre Dame has the top business school in the country and one of the best engineering programs. Their soccer program is also one of the best and I am a big fan of coach Bobby Clark. I know how fortunate I am to have the opportunity to play for him at Notre Dame.”

Style of play is often cited as a strong reason for a positive impression of the soccer program, and it was no different in Berneski’s case.

“I like the type of soccer Notre Dame plays and I can see myself on the field with them,” he said. “They play out of the back very similar to my club team, Lehigh Valley United. My coach Greg Ramos is one of the top youth coaches in the country and my team has been one of the top teams nationally from the beginning. I want the same thing at the collegiate level. Notre Dame has an excellent soccer program and I have the highest respect for coach Clark.”

Midfielder Hunter Simons (Richmond Kickers SC) committed to VCU for the class of 2014.

Midfielder David Zipkin (Penn Fusion) committed to Lehigh for the class of 2014.

Defender Christian Sady (New England Revolution) committed to Harvard for the class of 2014.

Forward Reid Stevenson (FC Milwakuee) committed to Wisconsin-Milwaukee for the class of 2014.