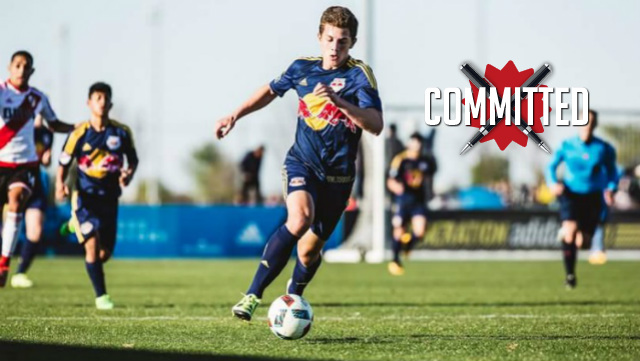 Zachary Ryan became the ninth player to give his verbal commitment to Stanford for the 2017 recruiting class earlier this week. Ryan, a standout forward from the New York Red Bulls Academy, joins an already stacked class with the defending national champions.

“When I visited Stanford, met coach Jeremy Gunn, the coaching staff, and many of the players, I was immediately drawn to the level of dedication that everyone demonstrated towards the athletic and academic sides of life at Stanford,” Ryan told TopDrawerSoccer. “I felt that the coaches took the time to get to know who I am as a person and player. I observed first hand that the University creates an environment designed to optimize each student athlete's development in every way. Coach Gunn has been extremely successful wherever he has coached and assembled a staff and players who have completely bought into the Stanford soccer program. I’m extremely excited to be a part of such a fantastic program and institution.”