Boys Commitments: Rush to a decision 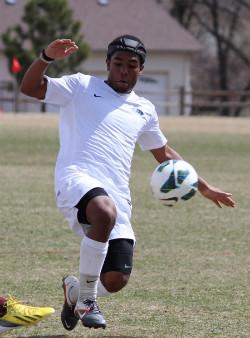 For Jacob Icolari, West Virginia offered to him the best blend of sport – not just soccer – and school for him to pursue at the collegiate level.

“West Virginia is a school that I have always looked up to [sports wise],” Icolari told TopDrawerSoccer.com. “I love the atmosphere, and the winning, as well as the family bond that seems to be shown in every locker room of all sports. The team and the coaches welcomed me with open arms, which for me is a big thing that I looked for when going through the recruiting process. I didn't want to feel like I had to battle to get recognition from my potential teammates and coaches. The school also has the exact major that I am interested in studying, which is exercise physiology, and when I found that out, along with the fact that the team seems to be very family oriented, it was a done deal. I knew that I wanted to become a Mountaineer.”

An athletic player who offers up versatility – Icolari can play as both a midfielder and at the back – he was impressed by what head coach Marlon LeBlanc has built in Morgantown.

“The program that coach Leblanc and the other coaches have at West Virginia, is one that has unbelievable amounts of potential at contending for the National championship,” Icolari said. “I believe that in my four years there, we will be able to achieve that goal. Of course it's going to take a lot, but it is a challenge that I am willing to accept and work hard to achieve. I know that all the boys that will be remaining when I'm there will feel the same way.”

The ascension of VCU onto the national scene – punctuated this fall by recent wins over Akron and Maryland – helped lure midfielder Elijah Lockaby to the Atlantic 10 program.

“VCU has been a program on the rise and are now one of the top teams in the nation,” he said. “The coaches bring the best out of the players in a very competitive environment. There are also several professional players coming out of VCU, which is very intriguing.”

Along with that, Lockaby sensed that he would easily be able to transition to the program next fall.

“I decided to commit to VCU because it was the best fit for me personally with what I wish to accomplish in my career,” he said. “I felt comfortable in that environment with the players and coaches.”

The location also appealed to him as he makes the jump from central Florida to the center of Virginia.

“I like that the school is in the middle of Richmond, Virginia and there is always something to do,” he said. “They offer several majors that interest me and it is a diverse community.”