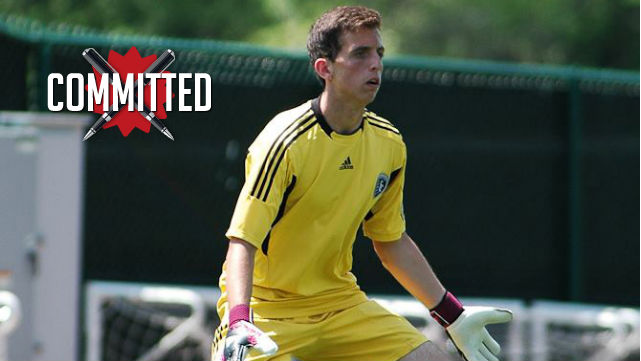 A consistent player who likes to focus on the fundamentals of his goalkeeping position, Ryan Krutz had some help in his recruiting search.

He was able to lean on first team defender Matt Besler, a Notre Dame alumnus who had great things to see about the soccer team and school, aiding Krutz in his decision to commit to join the Irish next fall. 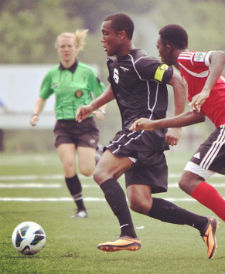 “It’s a very prestigious program, with a great coaching staff and players,” Krutz said. “You can see how great the system is by the players that have come through Notre Dame.”

With the academics a strong part of his college search, the combination of the soccer team and a chance to get a degree from Notre Dame made it a no-brainer in the end.

“It's one of the best universities in the nation,” Krutz said. “Having a degree from Notre Dame will give me endless opportunities after my playing career is over.”

Krutz is the third reported verbal commitment to Notre Dame in 2015.

Clark Gronek, a goalkeeper from Ohio, is heading east for his college soccer career.

The budding program at George Mason caught his attention during the recruiting search, standing out because of the program’s coaching staff, facilities and the sense of comfort it provided.

“I decided to commit to George Mason because of their already impressive and rapidly growing soccer program along with their reputable academics,” Gronek told TopDrawerSoccer.com. “When I went to an ID camp there I got along well with the coaches and some of the current players and felt a really positive vibe from everyone around me.”

Elements of the campus also reminded him of his hometown of Shaker Heights, Ohio, another factor in his commitment.

“George Mason was the only school that I really ‘clicked’ with upon arriving and touring campus,” he said. “I felt comfortable on campus because the structure of it reminded me of Shaker Heights. Mason was one of the top academic schools I had been looking at as well as my first choice overall so I jumped at the opportunity when they offered me a spot.”

An athletic and versatile player who can play outside back and in the midfield, Jahmeil Curwen’s commitment to Cincinnati was strongly influenced by head coach Hylton Dayes.

“Coach Dayes was a real good player in college and could teach me what I need to become a top level player,” Curwen told TopDrawerSoccer.com. “The team also plays good soccer with the ball on the ground and gets their outside backs involved. I think it fits my style of play very well.”

The off the field factors were significant too, as Curwen liked the campus, and sensed a unified student body that takes pride in the university. He’s certain that it’s the right step for him going forward.

“With the support that the team has and with the help of the professors at the university I feel as though it is a place where I will excel academically as well,” Curwen said.

Curwen is the first reported verbal commitment to Cincinnati for 2015.

For MacArthur Clarke, a defender from the Seattle Sounders Academy, committing to San Diego State was the best opportunity on offer.

“I decided to commit to SDSU because I connected well with the coaching staff, loved the surrounding area, and wanted to play in a challenging conference,” he told TopDrawerSoccer.com. “What I love about the soccer program is the coaching staff and how they find the same things important as I do. I also like that I will be able to compete right away for playing time.”

Academically, the school offered the right path for his intended major of study, meaning the choice takes care of him off and on the field.

“What I love about the school itself is that it has the degree that I want to pursue as well as the area around SDSU is second to none,” he explained.