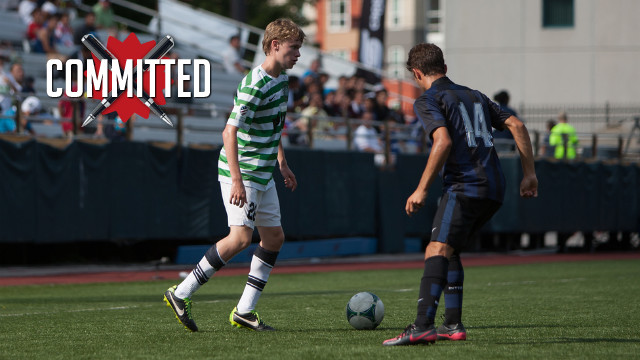 Former UCLA assistant Eddie Soto has taken the reins at San Francisco, and in Johnne Fabulich, he has secured one of the first pieces to a 2014 recruiting class. 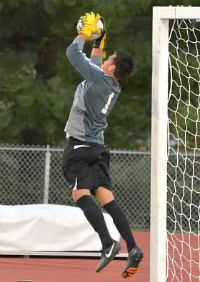 Fabulich was straightforward when it came to making his college choice.

“I decided to commit to the University of San Francisco because I wanted to get a good education and play Division 1 soccer,” he told TopDrawerSoccer.com. “Their training facilities are very impressive and they compete in a very good conference.”

A positive experience meeting the current players – who will be his future teammates – certainly helped, and Fabulich is excited about the prospect of playing for Soto.

Moving to the Bay Area and the prospect of city living was another positive.

“The school has a beautiful campus and is located in a very nice area,” Fabulich said. “I’m looking forward to getting a great education offered by the school. The city of San Francisco has a lot to offer and proves to be a great choice for me.”

A versatile player who can play a number of different spots on the field, Conlan Kemmerer picked rising Atlantic 10 power George Mason for a variety of reasons.

“I committed to George Mason because of the great soccer program and environment offered both on and off the field,” he told TopDrawerSoccer.com. “George Mason's style of play is a good fit as it matches how we play at PDA.  I also enjoyed meeting the team and look forward to playing with them.”

Away from soccer, Kemmerer was pleased with the academic options available.

“George Mason has a good Honors program and offers degrees in subjects that I am interested in pursuing,” he said. “I also really liked the campus and the proximity to D.C.”

A hard working and physically imposing netminder, it didn’t take long for Cameron Zell to recognize that High Point was the right place for him.

“From the first time I stepped on the campus, I knew I wanted HPU to be my home away from home,” Zell told TopDrawerSoccer.com. “After visiting countless schools and participating in countless ID camps, HPU always came out on top. The extraordinary atmosphere on the campus and the people I met was so impressive. I also liked the small size feel of the campus yet the facilities were large. With so many clubs, sports and organizations they offered, I knew feeling homesick would never be an option.”

Zell’s experiences with at different High Point soccer ID camps proved that the soccer program was the right fit, and he sensed a strong vibe from everyone involved in the squad.

“What I liked most was the positive energy from all angles,” he said. “From the coaching staff and trainers to the players, every person I came in contact with seemed like they loved being there.”

Goalkeeper Jacob Rooth (Chicago Fire) committed to Creighton for the class of 2015.

Midfielder Thomas Barboza (Houston Dynamo) committed to SMU for the class of 2015.

Forward Alvaro Madrigal-Zavala (Almaden SC) committed to Loyola Marymount for the class of 2014.

Defender Brice Rizzetta (South Carolina United Battery) committed to College of Charleston for the class of 2014.

Midfielder Shaun Keegan (NJSA 04) committed to NJIT for the class of 2014.

Midfielder Myles Cecchetelli (Western United) committed to St. Lawrence for the class of 2014.

Goalkeeper Justin Vom Steeg (Real So Cal) committed to UC Santa Barbara for the class of 2015.

Midfielder Ryan Barlow (FC Dallas) committed to Denver for the class of 2015.