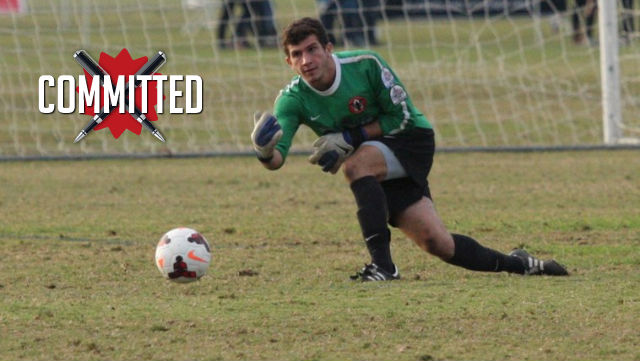 Considering the strides that the Washington men’s soccer program has made over the past few seasons, it’s not a shock to see it become an ideal destination for the local Seattle talent. 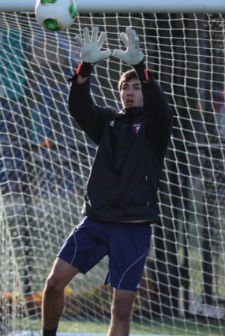 "I committed to Washington because of the school's quality education and level of soccer," Kerawala told TopDrawerSoccer.com. "There are few schools around the nation that you will find that provide both an impressive education as well as an impressive soccer program."

Head coach Jamie Clark has helped trigger the team's improvement, and Kerawala noticed how he helps set the tone for the rest of the program in a difficult conference.

"I like the soccer program because of the professionalism of coach Clark, coach [Jeff] Rowland, and coach [Richard] Reece and their ability to communicate with me and the team," he said. "I also like the program's talented players, winning attitude, along with their success in the Pac-12."

One of the most difficult positions on the field is between the posts.

But that complexity is something that Phillip Mourikes embraces, as he sees it as his responsibility to keep everyone on the field organized in front of goal.

He’ll take those talents all the way across the country this fall, from Arizona to the Big Apple.

“When I visited Manhattan, the players warmly welcomed me like I was already part of the team,” Mourikes told TopDrawerSoccer.com. “The coaching staff and players were courteous and always available to answer all my questions. The environment and climate of the school played a huge role in my decision making. It is a caring community with the LaSallian Catholic tradition in New York City.”

Head coach Jorden Scott obviously make a significant impact on Mourikes’ decision, as he was impressed by the way things were run.

“The coaching staff appeared very well organized, professional, and determined to maintain a successful program,” he said. “With the new strategies the coaching staff has set forth, Manhattan's program can be nothing short of spectacular. The future is bright for the Manhattan men's soccer team and I want to be a part of their success.”

The location was an obvious draw as well.

“Manhattan's close campus community and easy access to New York City were a couple of reasons the school appealed to me,” Mourikes said. “Also, it fields 19 Division 1 athletic teams and has indoor track in New York City for use during the winter months. I plan to major in civil engineering and there is no better place to study engineering than in New York City.”

A familiarity with the local Big East power made it a simple decision for Jordan Palmer to make his college choice.

“My early commit decision was made easier by what I see as a good fit with Marquette’s solid coaching staff,” Palmer told TopDrawerSoccer.com. “I have attended Marquette soccer camps and played in the program’s futsal league over the last few years. I have gotten to know coaches [Louis] Bennett, [Marcelo] Santos, [Steve] Bode and [Nick] Vorberg. I like their philosophy and they all have good credibility. I feel that Marquette’s style of play will be a good fit for me as a player.”

It wasn’t just a decision based upon the soccer program, naturally, as he made a thorough search of what the school had to offer him academically.

“Marquette is a great school," Palmer said. “They have academic support available for their student athletes. They seem to really care about you not just as an athlete but as a student too. Between the school’s reputation, the great people in the soccer program and the academic support team, Marquette was an easy choice for me.”

Forward Jake McDevitt (Cherry Hill FC) committed to Neumann for the class of 2014.

Midfielder Shane Aranda (Valparaiso United FC) committed to Portland for the class of 2015.