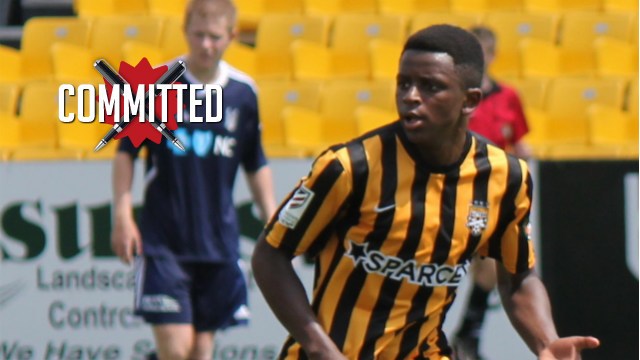 Fresh off a strong 2013 campaign – posting a 12-3-3 mark, falling on PKs in the Patriot League tournament – Army men’s soccer received a boost with the recent commitment of Rex Epps. 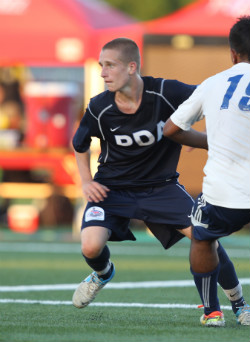 A creative striker with natural speed, Epps enjoys taking players on one-v-one, creating and finishing chances himself. He was lured to the service institution by a variety of factors.

“I chose Army because it presented a unique opportunity to be able to be part of distinguished alumni that includes presidents, generals and some of the brightest minds, continue to play soccer at the next level while beginning a career of service to my country,” he told TopDrawerSoccer.com. “I wanted to be part of something special.”

The tight-knit bond between the coaches and players played a factor.

“When I visited, they made me feel like I belonged there with them,” he said. “There was a different type of unity there and they seem to be committed to each other as well as their goals.”

Simply put, there wasn’t anything he didn’t like about the program.

“Everything about it is top-notch: coaches, players, education and facilities,” he said. “Not only are the facilities phenomenal but it emphasizes an interactive style education and small classrooms which I believe will benefit me as I transition to college.”

A hard-working player from New Jersey, Radford’s blend of school and soccer drew the defender to the Big South program.

“I decided to commit to Radford because I liked the campus, the athletic facilities, the coaches and they have a great Business Program,” Walsh told TopDrawerSoccer.com.

The team’s rapid improvement was also a factor.

“I like that that Radford was a Division I program that has consistently gotten better year after year,” he said. “This last season they were a game away from winning the Big South Conference tournament.  I also really like the coaching staff, where they came from, and their dedication to making the program successful.”

Midfielder Negede Iyob-Tessema (Santa Monica United) committed to Bucknell for the class of 2014.

Midfielder Nicolas Bermudez (Weston FC) committed to Boston University for the class of 2014.